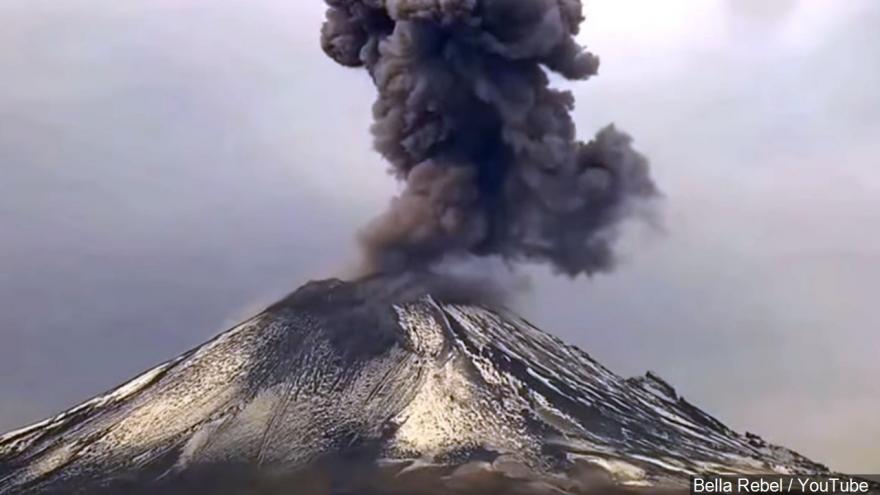 (CNN) -- Popocatépetl, one of Mexico's most active volcanoes, erupted 14 times in a single night earlier this week.

Mexico's disaster agency detected the eruptions after midnight on Wednesday. The volcano continued to erupt between 1 a.m. to 7:15 a.m.

The back-to-back eruptions were followed by another on Thursday and three more on Friday, according to Mexico's Center for Prevention of Disasters (CENAPRED). The center reported steam, gas and small amounts of ash.

"CENAPRED emphasizes that people SHOULD NOT go near the volcano, especially near the crater, due to the hazard caused by ballistic fragments and in case of heavy rains leave the bottoms of ravines because of the danger of landslides and debris flows," the center said.

The center's "Volcanic Traffic Light" was set to yellow, warning nearby residents to stay alert.

The volcano, which is in central Mexico, between the states of Morelos and Puebla, had been dormant for decades until its eruption in 1994. Since then, its rumblings have become a part of daily life for residents.