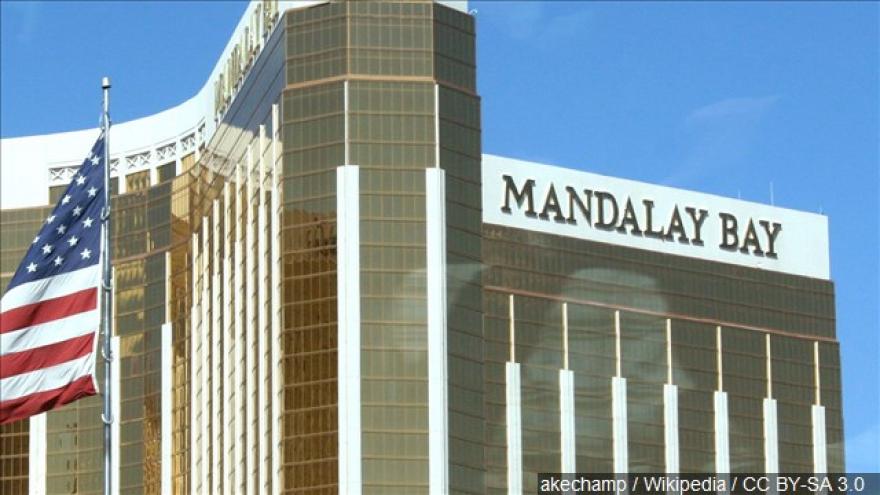 MGM Resorts International has drawn criticism Tuesday for saying the hundreds of survivors of the Las Vegas mass shooting could choose to have the money that will be used to serve them in a lawsuit instead donated to a charity. Photo courtesy akechamp / Wikipedia / CC BY-SA 3.0

LAS VEGAS (AP) — MGM Resorts International drew criticism Tuesday for saying hundreds of survivors of the Las Vegas mass shooting, who are being sued by the casino operator, could opt to have the money that will be used to serve them a lawsuit instead donated to a charity.

The company in July sued more than 1,900 victims of the Oct. 1 mass shooting at one of its properties and has been working to notify them as it faces a standard 90-day deadline.

MGM told the victims' attorneys it would rather make the donations to charities than spend the money to pay people to serve the legal notices.

"The money spent on personal service of process — up to $250 per person — could be better directed to do some affirmative good," MGM's attorneys wrote in the letter shared with The Associated Press.

MGM offered to make a $500 charitable donation for each person who waives being served or authorizes an attorney to accept service on their behalf, but a victims' lawyer quickly called it all "nonsense."

Attorney Robert Eglet, part of a group representing most of the victims, said the company is just trying to "spin" its attempt to save money on serving legal notices.

"It will cost the MGM significantly more than $250 to serve them," Eglet said. "This is just more outrageous conduct by them."

Serving defendants is a crucial step in a civil lawsuit. It informs a defendant that a lawsuit has been filed against him or her, provides the individual a copy of the complaint and starts running a 21-day deadline for the person to respond to the lawsuit.

Eglet said the firms representing most of the victims have not been authorized to accept the legal notices. That would force MGM to find and serve each of the 1,977 people it sued.

As part of MGM's offer, each defendant would choose a charity that supports survivors or families of slain victims, and the donation would be made in his or her name.

If the offers are not accepted, "we will personally serve the complaints courteously and respectfully," MGM spokeswoman Debra DeShong said.

The casino operator filed the lawsuits in an attempt to have a federal judge declare that it has no liability to survivors or families of slain victims under a federal law enacted after the Sept. 11 terrorist attacks. The law limits liability when a company or group uses services approved by the U.S. Department of Homeland Security. MGM argues it is free of liability because the security vendor for the outdoor venue was federally certified at the time of the attack.

Twenty-two thousand people were at an MGM-owned outdoor venue for a country music festival, when a high-stakes gambler broke the windows of his 32nd-floor casino-resort suite and began shooting. The gunman killed 58 people and injured more than 800 before taking his own life.

MGM has insisted its lawsuits, which don't demand money, are meant to avoid years of costly litigation.