Michael Avenatti sentenced to 2.5 years in prison for attempting to extort Nike 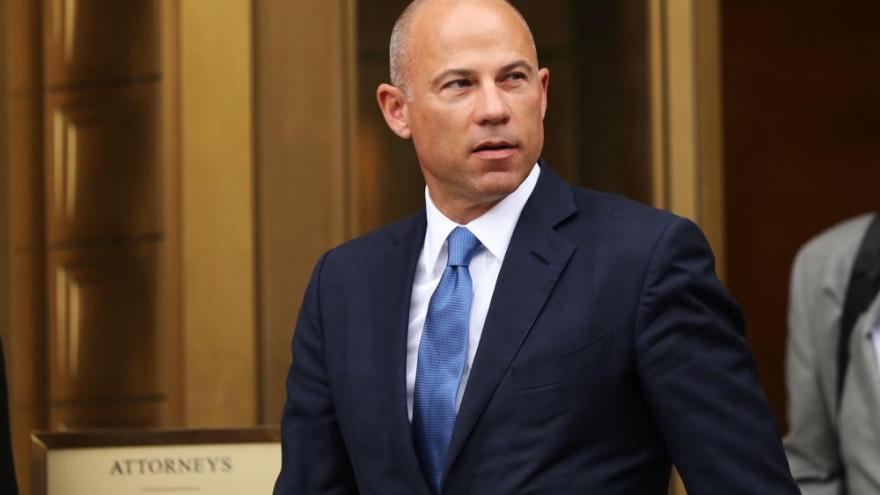 Avenatti, who rose to fame as Stormy Daniels' lawyer, was convicted in February 2020 of three counts for threatening to publicly accuse the sportswear company of illicitly paying amateur basketball players unless Nike paid him.

"Mr. Avenatti's conduct was outrageous," US District Judge Paul Gardephe said during sentencing. "Mr. Avenatti had become drunk on the power of his platform, or what he perceived his platform to be."

Speaking before the court Thursday, Avenatti openly wept, choking up at several points and pausing in his remarks before continuing. Referring to the two mediums that fueled his rise to fame, he told the judge that "TV and Twitter, your honor, mean nothing."

"I betrayed my own values, my friends, my family and myself," he said. "I, and I alone, have destroyed my career, my relationships, my life."

According to evidence presented at trial, Avenatti told lawyers for Nike that he would hold a news conference claiming the company illegally paid players. In exchange for not going public, Avenatti demanded Nike pay his client at the time, youth basketball coach Gary Franklin, $1.5 million, pay Avenatti and another attorney $12 million, and guarantee $15 million to $25 million in payments for an internal investigation.

After initial conversations with Avenatti, Nike's lawyers had approached prosecutors about what they believed was his attempt to extort them. The FBI secretly recorded subsequent conversations between Avenatti and the Nike lawyers, and the colorful quotes, many of which the judge read aloud Thursday, formed the basis for the indictment.

Avenatti, 50, still faces trials on two additional criminal indictments, one in New York over allegations he defrauded Daniels, his former client, out of $300,000 from her book advance, and another in California, for allegedly defrauding other clients of his law firm.

The sentence Avenatti received Thursday was significantly lower than that recommended by the sentencing guidelines, which call for 108 to 135 months in prison, though higher than the six months his counsel had requested.

Avenatti's lawyer Danya Perry told the court that "he really did want to be the David fighting the Goliath." She added: "He certainly lost his way."

Prosecutor Matthew Podolsky, however, said Avenatti had shown a "profound lack of remorse."

In determining Avenatti's sentence, the judge said that one of the factors he had taken into consideration were the "horrific" conditions Avenatti had endured at the Metropolitan Correctional Center, the federal facility in lower Manhattan where Avenatti was held at the start of his detention.

Avenatti was held in solitary confinement for 100 days, according to his lawyer, and then twice in lockdown, once because someone had smuggled a gun into the facility and once due to the coronavirus. The judge said of the conditions of Avenatti's confinement that it was "hard to believe they could occur in the United States of America."

The judge also said a lengthy sentence for Avenatti wouldn't be just because another lawyer who prosecutors once called a co-conspirator was ultimately never charged.

The judge ordered Avenatti to report to a federal prison camp in Sheridan, Oregon, by September 15.