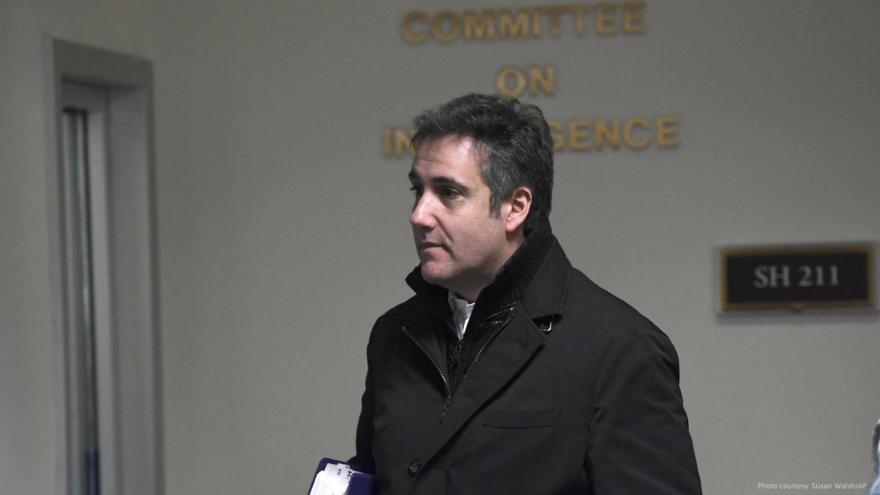 A five-judge panel found that Cohen, who began a three-day stretch of congressional testimony on Tuesday, should be disbarred for his federal conviction for having previously made false statements to Congress, the decision said.

Though Cohen's disbarment was widely expected in legal circles, for a onetime trusted legal adviser to the President to be stricken from the roll of attorneys in New York state nevertheless constituted another striking step in the escalating consequences of the investigation into Cohen.

Cohen, who pleaded guilty in two cases to an array of charges that included campaign-finance violations connected to his work for Trump, is scheduled to report to prison for a three-year sentence beginning on May 6.

The decision was posted online early Tuesday evening. It was released two days earlier than initially intended, according to the New York Law Journal. On Tuesday afternoon, paper copies of the decision, containing the same text but dated February 28, were distributed to reporters in the courthouse press room. Court officials declined to confirm that those copies were legitimate and told CNN the decision was not ready to be released, only to then post it online with Tuesday's date.

Lanny Davis, an adviser to Cohen, didn't immediately respond to a request for comment on Cohen's disbarment.

Though an attorney for Trump, Rudy Giuliani, on several occasions has raised concerns that Cohen could have violated attorney-client privilege, the decision from the court didn't address that subject.

In New York, conviction of a federal felony triggers disbarment if the offense would constitute a felony under state law.

The court has repeatedly found that a conviction for making false statements to Congress "is analogous to a conviction under the New York felony of offering a false instrument for filing in the first degree and, therefore, automatic disbarment is appropriate herein," the decision said.