Michael Cohen will be released from prison due to pandemic 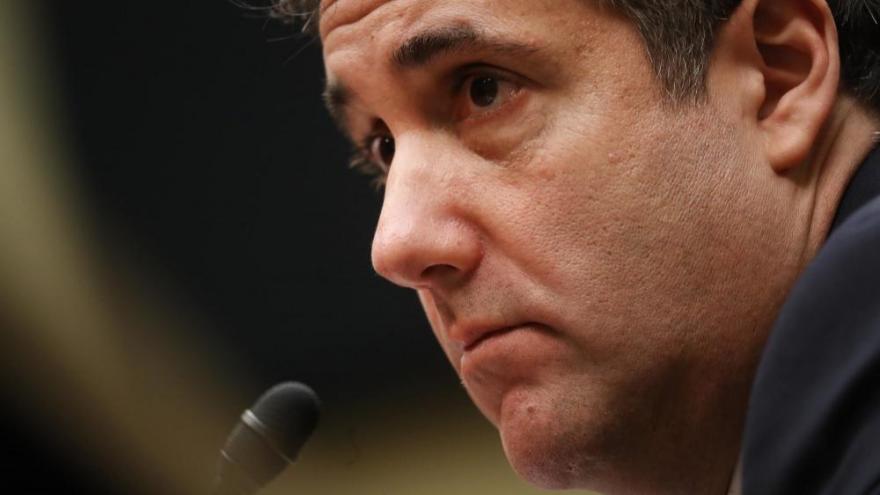 (CNN) -- The federal Bureau of Prisons has notified Michael Cohen, President Donald Trump's former personal attorney, that he will be released early from prison due to the coronavirus pandemic, according to people familiar with the matter and his lawyer.

Cohen is serving a three-year sentence at the federal prison camp in Otisville, NY, where 14 inmates and seven staff members at the complex have tested positive for the virus.

Cohen was scheduled for release in November 2021, but he will be allowed to serve the remainder of his sentence from home confinement, the people said. He will have to undergo a 14-day quarantine at the prison camp before he is released.

Cohen was notified on Thursday of his pending release, and his lawyer, Roger Adler, confirmed it to CNN.

His pending release comes as the Bureau of Prisons, which has been under pressure for its early handling of the virus at its facilities, has been thinning out its prison populations by releasing some nonviolent and medically vulnerable inmates to home confinement or furloughing their sentences in response to the pandemic.

Spokespersons for the bureau and the US attorney's office in Manhattan, which prosecuted Cohen, declined to comment.

Cohen's pending release comes after a federal judge rejected his request last month. At the time Cohen accused the Justice Department of not treating him fairly and later added his concerns about the virus.

Cohen pleaded guilty in 2018 to tax fraud, campaign finance violations and lying to Congress. He admitted to helping facilitate hush money payments to two women who alleged past affairs with Trump. Trump has denied having affairs with the women.

When pleading guilty, Cohen implicated Trump, telling a federal judge that he had made the payments "in coordination with and at the direction of" Trump, who prosecutors identified in court filings as "Individual 1."

Cohen had been a vocal surrogate for Trump during the 2016 presidential campaign, often sparring with reporters and appearing on television to support his longtime client. His pending early release comes in the middle of Trump's reelection campaign and as the President is facing his greatest test: handling the pandemic.

According to the Bureau of Prisons online tracking system, there are 473 inmates and 279 staff members who have tested positive for the virus and 18 inmates have died. To date, the system reports 1,198 inmates have been placed on home confinement. There are more than 143,000 prisoners at federal facilities across the country.

Cohen isn't the only well-known inmate who is getting out from behind bars amid the pandemic. Michael Avenatti, the attorney who represented Stormy Daniels, one of the woman who Cohen helped pay to squash her allegation of an affair with Trump, has been granted a temporary 90-day release from a federal jail in New York after a period of quarantine.

Avenatti has been held at the Metropolitan Correctional Center in Manhattan since a judge revoked his bail earlier this year.

He is awaiting sentencing after he was convicted of attempting to extort more than $20 million from Nike. He is also facing two other criminal trials, including one where he is charged with stealing more than $300,000 from Daniels. Avenatti has pleaded not guilty.

Avenatti will be confined to a friend's home in California, where he will not be allowed to use the internet. He will have to turn himself back in to authorities at the end of the 90-day period.

This story has been updated with further details and background.