Flynn has given "substantial" assistance to the special counsel 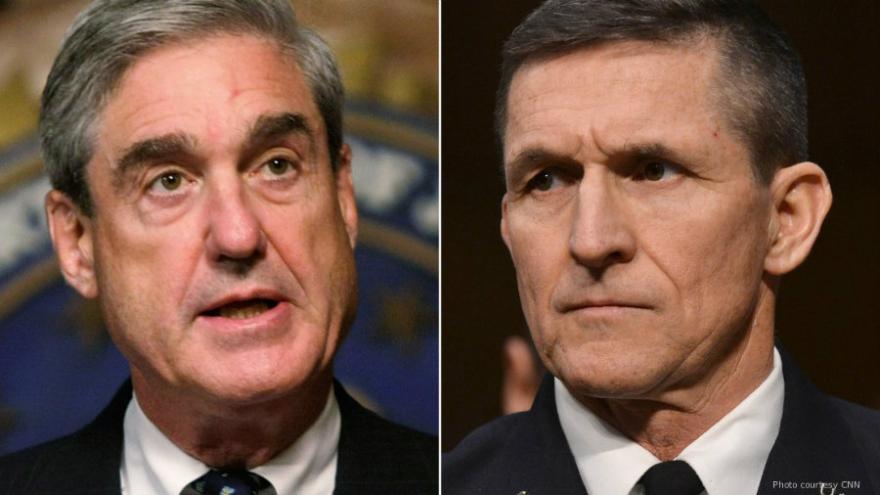 (CNN) -- Special counsel Robert Mueller told a federal court Tuesday that former Trump national security adviser Michael Flynn has given "substantial assistance" to the Russia investigation and should not get jail time.

Flynn has sat for 19 interviews with the special counsel and the Justice Department, the filing states.

The new details explaining how Flynn has helped the special counsel investigation will ratchet up the pressure on President Donald Trump, who has repeatedly attacked the Mueller probe as a "witch hunt."

Last week, Trump's former attorney Michael Cohen pleaded guilty to lying to Congress about his work on Trump Tower Moscow during the 2016 campaign and prosecutors accused former Trump campaign chairman Paul Manafort of violating his cooperation agreement by lying to the special counsel.

Tuesday's memo appears to list at least three ongoing investigations being pursued by the Justice Department. Two criminal investigations are completely redacted. The special counsel's office also says Flynn cooperated with the investigation into links or coordination between the Russian government and members of the Trump campaign.

Mueller's office says Flynn assisted them "on a range of issues, including interactions between individuals in the Presidential Transition Team and Russia." The rest of the sentence-long description of how Flynn helped in the Russian interference investigation is redacted.

Flynn began cooperating with the Russia probe "shortly after" Mueller's team approached him, prosecutors said. He pleaded guilty to lying to federal investigators on December 1, 2017, becoming the first high-ranking Trump adviser to agree to formally cooperate with the special counsel's probe.

He is at the center of what's believed to be an investigation into whether Trump obstructed justice. He has also been scrutinized by the intelligence community, and likely Mueller, for his contacts with high-ranking Russians before and during his short time in the administration.

Flynn was a close adviser to Trump during the campaign -- and famously led a "lock her up" Hillary Clinton chant at the Republican National Convention.

Flynn served as Trump's national security adviser for less than a month in early 2017, but was fired more than two weeks after then-acting Attorney General Sally Yates told White House officials that Flynn had lied to Vice President Mike Pence about his communications on Russian sanctions with then-Russian ambassador to the US Sergey Kislyak. At the time, the intelligence community was concerned the Russians could blackmail Flynn.

Flynn is scheduled to be sentenced December 18 by federal Judge Emmet Sullivan in DC federal court.