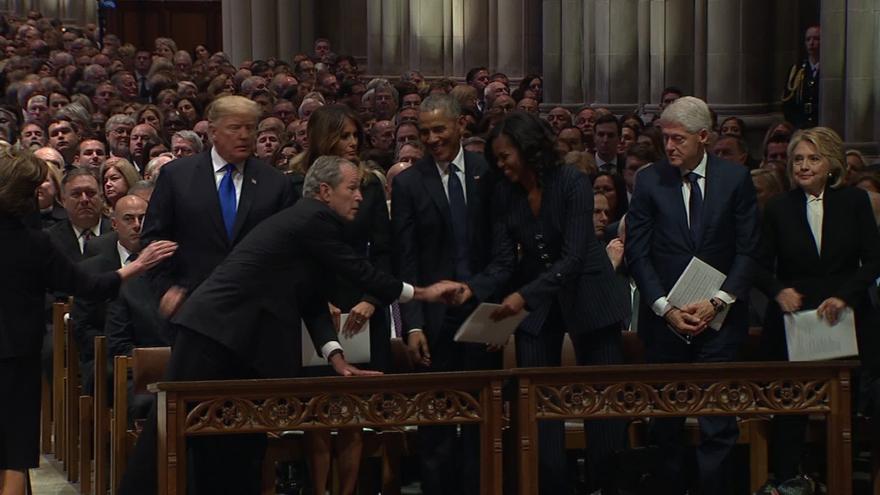 (CNN) -- In times of sorrow, we lean on those close to us. And if we're lucky, those people can make us smile.

Former President George W. Bush and former first lady Michelle Obama have reminded us of that fact twice this year.

Bush appeared to hand something from his left hand to his right hand, then on to Mrs. Obama. She smiled and closed her fist, apparently around something Bush had handed her.

That moment mirrored a similar exchange between Bush and Obama in September at the memorial service of Sen. John McCain. Bush, seated next to Obama in the front row, handed something to her. She softly thanked him. After that event, a Bush spokesman confirmed that Bush had handed her a cough drop.

The apparent callback to that warm moment in an oft-documented friendship between the two brought a moment of levity to the service celebrating a life well-lived.