Michelle Obama is launching a podcast on Spotify 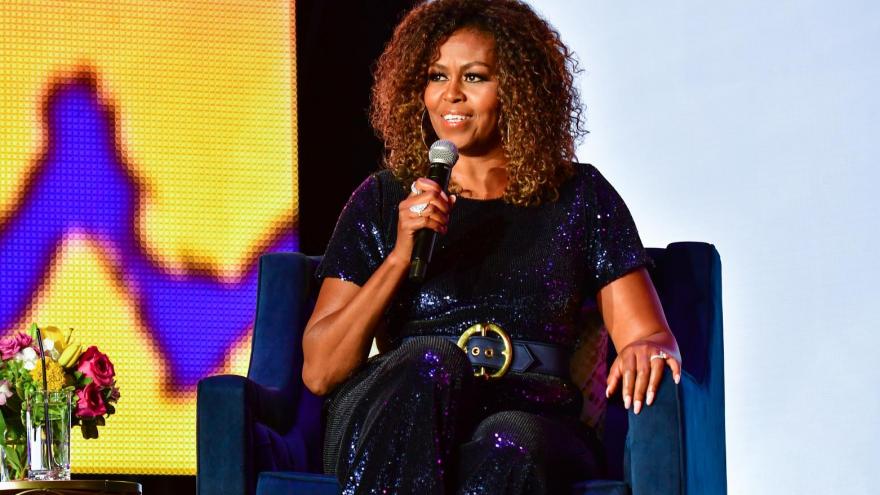 Michelle Obama will host "The Michelle Obama Podcast," focused on meaningful relationships and conversations, her production company with former President Barack Obama, Higher Ground, announced July 16, 2020 in conjunction with Spotify. It's set to debut on the music streaming service on July 29.

The former first lady will host "The Michelle Obama Podcast," focused on meaningful relationships and conversations, her production company with former President Barack Obama, Higher Ground, announced Thursday in conjunction with Spotify. It's set to debut on the music streaming service on July 29.

"Hosted by Michelle Obama, the series will bring listeners the former First Lady's most candid and personal conversations, showing us what's possible when we allow ourselves to be vulnerable, to open up, and to focus on what matters most," the two companies said in a press release announcing the venture.

The episodes, the companies said, will center on "the relationships that shape us, from siblings and close friends to partners, parents, and mentors to our relationship with ourselves and our health."

Obama said in a statement that she hopes the series "can be a place to explore meaningful topics together and sort through so many of the questions we're all trying to answer in our own lives."

"Perhaps most of all, I hope this podcast will help listeners open up new conversations -- and hard conversations -- with the people who matter most to them. That's how we can build more understanding and empathy for one another," she continued.

In the minds of many Americans, Obama remains the most accessible first lady of modern US history.

During her tenure, she opted for a public presence not shrouded in secrecy and formality but in at least the perception of normalcy and authenticity. Supporters found Obama to be a reflection of modern motherhood and independence; detractors felt she was making the role of presidential spouse too familiar, leaving conventional expectations by the wayside.

Obama chose to show in her eight years as first lady that she was as capable of giving a powerful speech on a policy issue as she was doing push-ups on a talk show or making up a rap song about eating vegetables.

And the podcast isn't her first foray into such a public, deep truth-telling exercise.

Since leaving the White House, she has pursued a number of projects and initiatives, including publishing a bestselling memoir, "Becoming," and releasing a documentary film by the same name.