Michelle Obama's Grammy appearance did not impress her mom 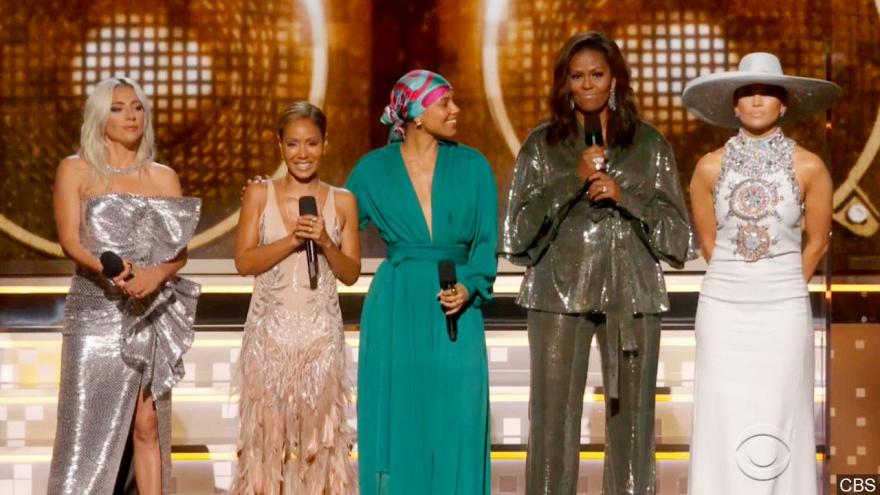 PHOENIX (AP) — It appears Michelle Obama received a reality check from her mom following her appearance at the Grammys.

Robinson wrote: "I guess you were a hit at the Grammys." Her daughter asked mom if she had watched. Mom replied she saw it and then asked if her daughter had met "any of the real stars."

Mother and daughter then quibbled over whether Obama had told her she would be on.

Obama ended the exchange by writing "And I AM A real star...by the way..."