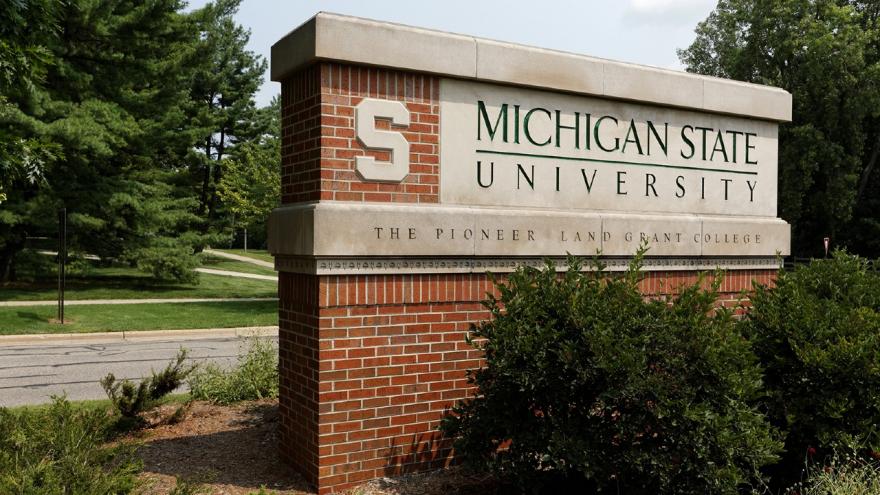 (CNN) -- After a three-year investigation, Michigan Attorney General Dana Nessel announced that her office was "forced to close" its inquiry into Michigan State University's handling of former school doctor Larry Nassar after the school declined to waive attorney-client privilege for approximately 6,000 documents.

The investigation was set to look into how Nassar, a disgraced former USA Gymnastics and MSU doctor, was able to abuse over 150 female patients, and how much the university was aware of his actions.

In 2017, Nassar plead guilty to seven counts of criminal sexual conduct and admitted to using his trusted medical position to assault and molest girls under the guise of medical treatment. He was sentenced to 40 to 175 years in prison the following year.

"We have used every legal mechanism available to us -- including going to court -- to secure the remaining documents needed for our investigation," Nessel said in a statement. "The University's refusal to voluntarily provide them closes the last door available to finish our investigation. We're incredibly disappointed that our work will end this way, especially for the Survivors."

In a letter to the school community Friday, MSU Board of Trustees Chair Dianne Byrum said that while it heard many viewpoints on the topic in the last three years, it felt it was important to maintain attorney-client privilege.

"The attorney-client privilege only applies to confidential communications by a client to its attorney that are made for the purpose of obtaining legal advice," Byrum said. "It does not protect against the discovery of facts. Facts are not privileged."

She also noted that in a 2019 legal proceeding, Judge Richard Ball "reviewed the documents in question and ruled that the university appropriately maintained attorney-client privilege."

In addition, Byrum affirmed that in the "many" governmental investigations against MSU, the school has always provided the agencies and the Department of Attorney General with the requested facts.

Despite this explanation, Nessel denounced the move and said that "justice doesn't begin and end at the courthouse doors."

"Principles of truth, fairness, and equity should be lights that guide all of our public institutions, especially our schools; and, when our universities refuse to lead, they miss the most important way they can teach," she said.

A bi-partisan group of Michigan lawmakers called for MSU Board of Trustees to release the protected documents in a letter on Thursday, saying that the "relevance and materiality of the documents should be evaluated and determined by the impartial investigatory team."

Army of Survivors, an advocacy group started by survivors of Nassar, said it was "disheartening" that the school wouldn't turn over the documents to "allow for a comprehensive investigation."

"It displays their lack of respect for survivors, and the justice and healing they seek," said founder and president Grace French. "The culture at Michigan State University allowed a perpetrator to thrive for decades, and today indicates that they continue to value their brand over justice. Transparency is a crucial component to making sure that acts like these never happen again, and it's demoralizing to see that MSU does not act upon their responsibility to safeguard future generations."