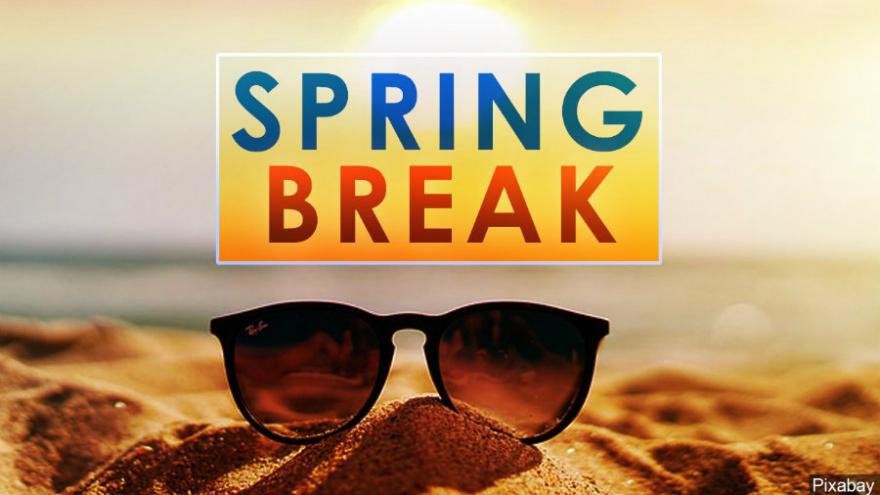 Kiersten Gawronski and her 17-year-old son Oliver Chapman were trapped for three hours with just one bottle of water and no food, surrounded by nothing but stone and dirt.

"It just seemed to weird. It was a very sudden jolt and then we looked out the window. It was nothing but solid rock around us," Kiersten Gawronski tells FOX 17 News. "It just seemed so weird and uncharacteristic to end the elevator ride with just such a jolt and then see nothing but rock. So I thought it was strange. I realized very quickly that this was not normal."

A kind voice on the other end of the elevator's service phone made the situation bearable.

"A very nice park service person named Charlie answered. And I said, 'I think we're stuck,' and he said 'we are aware of it and we're working on it right now," Gawronski added.

That,a bottle of water, adrenaline, and a few spot-on jokes got them through.

"We didn't have food, but we weren't hungry. Mostly we spent a lot of time joking about our situation. We're big fans of the TV show The Office. Something slightly similar happens to two of the characters. Dwight and Pam are stuck in an elevator and Dwight and Pam establishes a pee corner. So we joked about that," says Gawronski and Chapman.

Thankfully that wasn’t necessary, but, an action packed rescue did happen.

"The fireman came in the cars with us and helped us harness up and, of course, cross over to the working car. The park service ranger, he rode on top of the working elevator all the way down in the dark, 750 feet down to where we were, and rode back up on top of the cart in the dark...that man must have nerves of steel," Gawronski says.

Back on solid ground, they say they’re still planning to head back to Carlsbad Cave as soon as possible.

"Yea, we wanted to go back that next morning. But, we called and the elevators were still out of service, so at some point, sometime in the future, we will get back to Carlsbad Caverns," says Chapman and Gawronski.

Inspection of the elevator that stalled indicated that a worn cable that sends signals to the elevator controls caused the problem. That elevator will remain out of commission until the cable can be repaired.