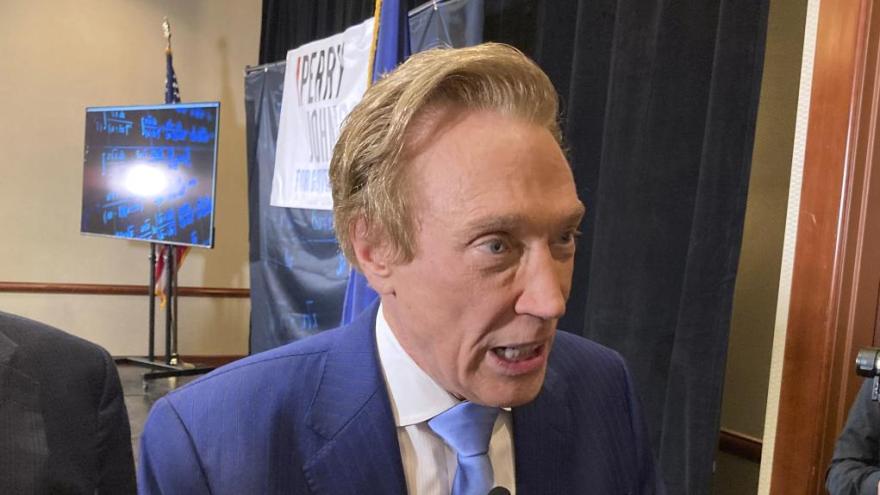 Michigan gubernatorial candidate Perry Johnson, a Republican, briefly speaks with reporters on February 23, after a kickoff event at a hotel in Lansing, Michigan.

(CNN) -- The Michigan Court of Appeals on Wednesday rejected efforts by two Republican candidates for governor to have their names placed on the August primary ballot.

The candidates, businessman Perry Johnson and financial adviser Michael Markey, filed lawsuits after Michigan's board of canvassers deadlocked last week, leaving in place a decision by the state's bureau of elections that five gubernatorial candidates did not have enough valid signatures to qualify for the ballot.

The court's unanimous decisions on Wednesday marked a major setback for the affected candidates, including former Detroit police chief James Craig, who have filed legal challenges in an effort to revive their campaigns.

The signature issue has scrambled the race for governor in Michigan, just two months before the primary. A crowded field of Republicans is jockeying to face Democratic Gov. Gretchen Whitmer in what will be one of the nation's most closely watched campaigns this fall.

Johnson -- who owns several businesses, describes himself as a "quality guru" and has spent heavily on his own campaign -- was considered a leading candidate for the GOP nomination. Attempts to reach him Wednesday afternoon were unsuccessful.

Johnson and another candidate affected by the invalid signatures, businesswoman Donna Brandenburg, have asked the state Supreme Court to weigh in. But time is running out as election officials gear up to print and begin to distribute absentee ballots for the August 2 primary.

A candidate for governor in Michigan needs at least 15,000 valid signatures to qualify for the ballot. But, in what state election officials cast as widespread cases of forgery by petition circulators, multiple candidates failed to meet that threshold.

In Johnson's case, the elections bureau determined that his campaign had submitted 9,393 invalid signatures and some 13,800 "facially valid" signatures, leaving him short of the 15,000-signature threshold.

Johnson had argued that the state needed to check the suspected fraudulent signatures against the signatures in the state's official voter file.

One of the five candidates caught up in the signature debacle, Michigan State Police Captain Michael Brown, has withdrawn from the race.

Meanwhile, Craig -- who also was considered a leading contender for the GOP nomination -- told The Detroit News last week that he was weighing mounting a write-in campaign should he be kept off the ballot.