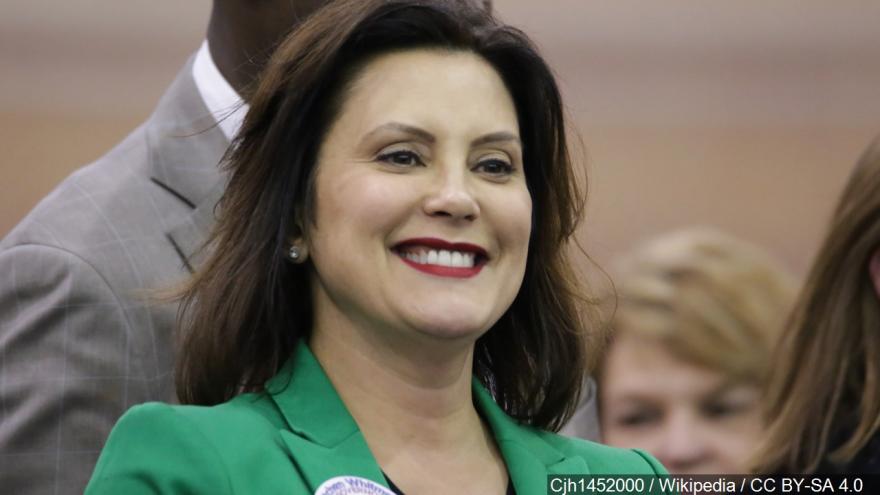 (CNN) -- Michigan Gov. Gretchen Whitmer will seize the national spotlight Tuesday evening when she delivers one of the Democratic Party's responses to the President's State of the Union address, drawing attention to a state her party is hoping to win back from Donald Trump this November.

Party leaders announced last month that Whitmer will give the response to Trump's address in English while Democratic Rep. Veronica Escobar of Texas will deliver the response in Spanish. Traditionally, the speech is considered a coveted opportunity that allows rising party officials to voice their opposition to a presidency to a national audience. Previous speakers have included future presidents and prominent lawmakers.

But with Whitmer, 48, delivering the speech from Lansing, the state's capital, Democrats appear to be signaling where their focus is as the presidential election nears.

"I'm honored to discuss the Democratic Party's vision of action for our nation from East Lansing High School, where my daughters are learning and preparing for the future," Whitmer said in a statement on Monday. "Democrats across the country have a plan to improve education, fix our infrastructure, expand and protect health care coverage and build an economy that works for everyone. Our nation deserve this type of leadership, and we are ready to take action to get it done."

Whitmer, who previously served in the state's Senate and House of Representative, won the governor's mansion in 2018 after securing 53.3% of the vote to then-Republican state Attorney General Bill Schuette's 43.7%. Her win helped boost Democrats' hopes to rebuild part of the "blue wall" that had crumbled in the 2016 election when Trump won states like Michigan and Wisconsin.

Democrats are now closely eying those battleground states ahead of November's election, when the party's nominee will fight to win back former reliably blue states from Trump.

In a statement announcing that Whitmer was selected to give the response, Senate Minority Leader Chuck Schumer, a New York Democrat, hinted at the party's strategy of using Michigan as a useful example on Tuesday.

"Governor Whitmer's dedication to Michiganders is a model for public servants everywhere," he said. "Whether it's pledging to 'Fix the Damn Roads' or investing in climate solutions, Governor Whitmer's vision for the future is exactly what this country needs, and I'm thrilled she is giving the Democratic response."

During her race for governor, Whitmer campaigned on a simple, blunt slogan: "Fix the damn roads."

The slogan was more than a literal call to fill the potholes that forced Whitmer to replace two car windshields during the campaign -- and it tapped into something that party strategists said was at the core of their resurgence.

The governor told CNN in July that she won her seat by hammering on so-called kitchen table issues.

"I ran on fixing the roads ... I ran on cleaning up drinking water," Whitmer said, referring to the crisis in Flint, Michigan, where the government's cost-cutting measures led to lead-tainted drinking water.

Former Michigan Gov. Jennifer Granholm, the most recent Democrat to hold the position before Whitmer took office, told CNN on Monday that the party was wise to select Whitmer to deliver the rebuttal.

"I don't think she'll pull any punches, which is why she was elected with the greatest number of votes ever cast for governor in Michigan," said Granholm, who is also a CNN contributor. "It was a brilliant choice to select her to deliver the response."

Granholm, who called Whitmer "smart, fierce and compelling," predicted that among other things, the governor will criticize Trump over the dismal state of manufacturing in Michigan during his administration and his undermining of the Affordable Care Act.

Since taking office, Whitmer has set out to work on a number of issues in the state, including expanding affordable access to health care, investing billions of dollars in the state's infrastructure and creating a department tasked with improving the quality of drinking water in Michigan.

The enforcement of a statewide ban on flavored e-cigarette sales that was championed by the governor was blocked by a Michigan court last October. Following the injunction, the state said it planned to appeal the decision to the Michigan Supreme Court.