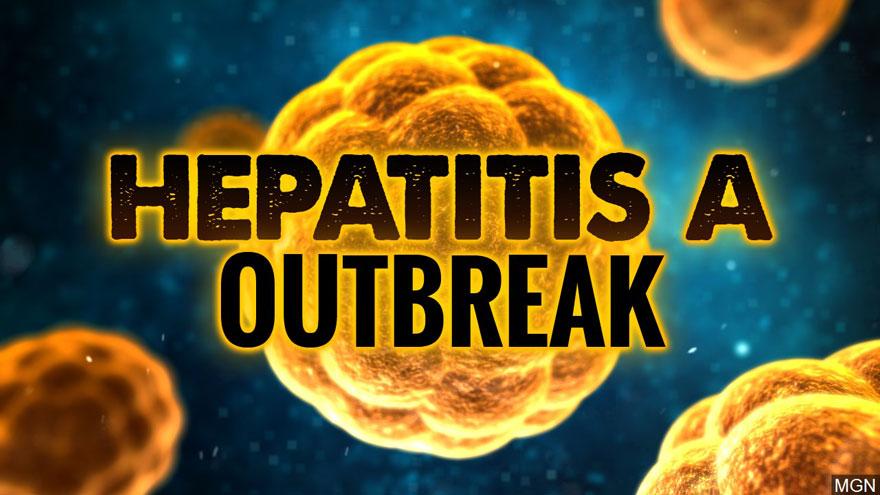 (CNN) -- An outbreak of hepatitis A has hit several states across the country, killing dozens of people and potentially sickening thousands. Michigan has been hardest-hit in terms of deaths, with 22.

The outbreak there began in August 2016 and, after a dropoff during the winter, continued to climb last year, according to the Michigan Department of Health and Human Services.

"We currently have 677 cases in Michigan and continue to see approximately 15-20 cases matching into the cluster every week," Lynn Sutfin, spokeswoman for the Michigan Department of Health and Human Services, wrote in an email. "The Michigan outbreak now includes 15 different county jurisdictions. We believe that person-to-person transmission is the primary route of infection."

Fighting the outbreak was challenging in some jurisdictions due to a national shortage of the vaccine for hepatitis A.

"Vaccine supply is still 'constrained,' " Sutfin wrote. "We continue to prioritize vaccine to the highest risk individuals that have been identified and focus our vaccination efforts in the parts of the state who are experiencing the largest number of cases."

Vaccine supplier Merck said the shortage of pre-filled syringes, the easiest to administer, would not ease until the second quarter of 2018. However, vials containing 10 single doses are available.

"The company is taking steps to continue to increase our capacity to meet demand globally in 2018," Merck spokeswoman Pamela Eisele wrote in an email. "We apologize for any inconvenience this supply availability may be causing."

The only other vaccine maker, GlaxoSmithKline, said it has adult hepatitis A vaccine in prefilled syringes in stock and is "working diligently to increase our supply." The company is also working closely with the US Centers for Disease Control and Prevention, spokeswoman Robin Gaitens wrote in an email, to ensure that its vaccines "are directed to areas of greatest need."

In California, the outbreak can be traced to transient camps and illicit drug users in San Diego, officials say. Now, the state is in the middle of the biggest person-to-person outbreak of hepatitis A since the vaccine first became available in the mid-'90s, according to the California Department of Public Health. Though the virus has spread across the state, San Diego has seen the most deaths: 21, out of a reported 686 cases.

Officials say movement among the homeless population has also spread the virus to Utah, Arizona and Colorado. Cases of hepatitis A in Colorado doubled in 2017, specifically among "gay, bisexual and other men who have sex with unvaccinated men," said health officials. However, only one of those cases was linked to San Diego, according to Shannon Barbare of the Colorado Disease Control and Environmental Epidemiology Division, and the outbreak now appears to be over.

Over the weekend, officials in Utah announced a new outbreak at a convenience store in Salt Lake County that can be traced to San Diego.

"We have 97 outbreak-related cases in our county," Salt Lake County Health Department spokesman Nicholas Rupp said, adding that those cases were tied to a worker at a 7-Eleven who tested positive for the same strain of the virus as that in San Diego. "We are seeing similar hospitalization rates as San Diego, about 60%, but we have fortunately not seen any deaths."

"In Utah, we don't require vaccinations for food workers against hepatitis A, but we are encouraging everyone who handles food to be vaccinated, and this is why," Rupp said. "And everyone should practice handwashing after being in public places to protect themselves from exposure."

Consumers who used the restroom at or ate at the two restaurants are at risk, health officials said, and those who visited the 7-Eleven and consumed any self-serve beverage, fresh fruit or items from the hot food case, such as pizza, hot dogs or chicken wings, may have been exposed. Packaged foods are not affected, according to the Health Department.

Rupp said the Salt Lake County Health Department has fielded hundreds of phone calls since it announced the 7-Eleven exposure Sunday and referred about 70% of those callers for vaccination.

"If they receive the vaccine within 14 days of exposure, the vaccine will act as a preventative to the virus," Rupp said, adding that exposure could only have occurred December 26 through January 3.

The state of Utah has confirmed 152 total cases as part of this outbreak; no deaths have been reported.

What is hepatitis A?

Hepatitis A is a highly contagious liver disease caused by the HAV virus. The virus is found in the feces of people with the disease and is most frequently transmitted by eating food or drinking water handled by someone who has not properly washed their hands. It also can be transmitted by sex and by illicit drug use.

Some of the most common symptoms include nausea, vomiting, fever, fatigue, loss of appetite and jaundice, or yellowing of the skin or eyes. It can take 15 to 50 days to show symptoms of the infection; however, an infected person is most contagious during the two weeks before their skin turns yellow.

Most people recover from the virus and are immune to further infection, according to the CDC, but some can develop liver failure that leads to death. That is most common in people with compromised immune systems, those older than 50 and those with other liver diseases.

According to the CDC, the hepatitis A virus is very hard to kill and can live for months outside the body. Hand sanitizers are not effective against the virus, so frequent handwashing is critical to controlling any outbreak.

Outbreaks of hepatitis A are normally small; rates have declined 95% since the vaccine became available in 1995. GlaxoSmithKline and Merck are the only companies approved by the Food and Drug Administration to sell a hepatitis A adult or pediatric vaccine in the US.

The current outbreaks of hepatitis A, virus genotype IB, is normally not found in the US; it's more common to the Mediterranean, Turkey and South Africa. However, the current vaccine is effective against all strains of the virus.