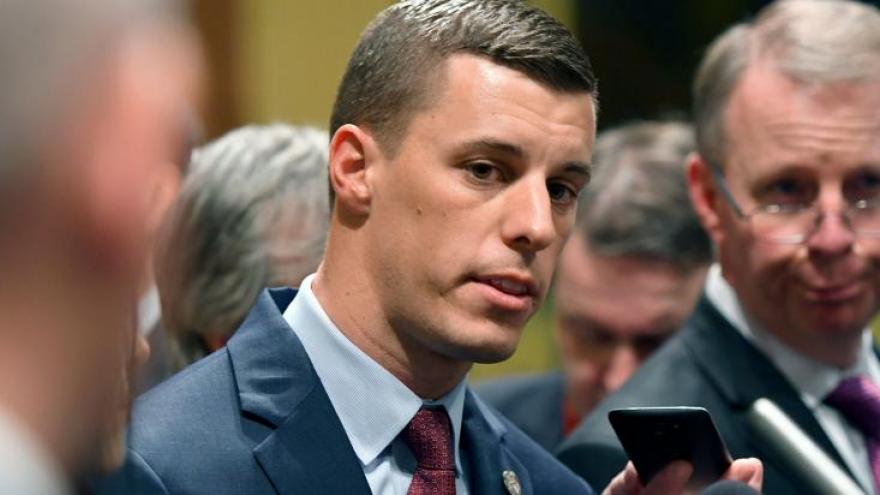 (CNN) -- Michigan House Speaker Lee Chatfield and Senate Majority Leader Mike Shirkey will meet with President Donald Trump at the White House Friday afternoon, a source familiar with the plans told CNN, as Trump and his legal team continue to mount a long-shot effort to overturn the results of the election he lost to President-elect Joe Biden.

Trump and the lawmakers will meet at 4 p.m. ET, the source familiar with the plans said.

Shirkey has not responded to emails from CNN either, and his phone mailbox was also full.

Trump also called two Republican canvass board members from Wayne County to offer his support, the person said Thursday, after they went back and forth on voting to certify the election results from the state's largest county, which includes Detroit. The board members filed affidavits Wednesday seeking to "rescind" their votes to certify the election result.

Certification is usually a formality, but Trump is trying to block or delay the process in key states as part of a long-shot effort to overturn his election defeat through the Electoral College. Trump's lawyer Rudy Giuliani and other allies have suggested that GOP state legislatures in battleground states Biden won should try to use a delay in certification to appoint their own slate of electors and ignore the states' popular votes for Biden.

It's not clear what Trump's message to the Michigan GOP lawmakers will be. Both Shirkey and Chatfield have said that they will honor their state's popular vote and not stray from the process of how electors in Michigan are selected. Biden currently has a 154,187 vote lead over Trump in the Great Lakes State.

On September 24, Shirkey led the Senate to pass a resolution assuring that electors will vote for the candidate with the most votes as certified by election officials.

"The Michigan Senate commits to the selection of electors to the Electoral College that will be faithful to voting for the candidate with the most votes for President in Michigan as certified by Michigan election officials," the resolution read.