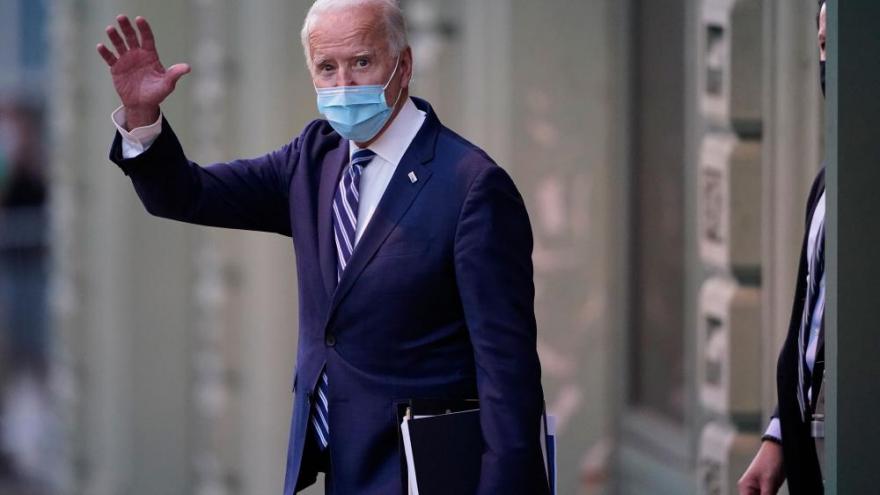 (CNN) -- A Michigan state judge has rejected an attempt by two poll challengers to block the certification of a Joe Biden win in Detroit, which helped carry his victory in the state. The judge also denied the request for an audit of the election.

The case has been among a series of attempts by Republicans to delay President-elect Joe Biden's win in key states and hand an Electoral College victory to President Donald Trump, by blocking or overriding popular vote results.

I"It would be an unprecedented exercise of judicial activism for this Court to stop the certification process of the Wayne County Board of Canvassers," wrote Chief Judge Timothy Kenny.

Attorney David Fink, representing Detroit, said at a hearing Wednesday that blocking the finalization of Michigan's votes would either knock the state out of the Electoral College, kicking the selection of the president to the US House of Representatives, or would allow the Republican-held state legislature to try to seat its own slate of electors.

Earlier this month, Judge Kenny also denied a request in a similar lawsuit to stop the certification of election results in Detroit, noting there was no evidence that oversight procedures had not been followed.

CNN has projected Biden as the winner of the state by almost 3% over Trump, with nearly a 150,000 vote lead.

The Trump campaign has a separate lawsuit open in federal court that makes a similar attempt to slow down the certification of the state's vote for Biden. That case is in its earliest stage.