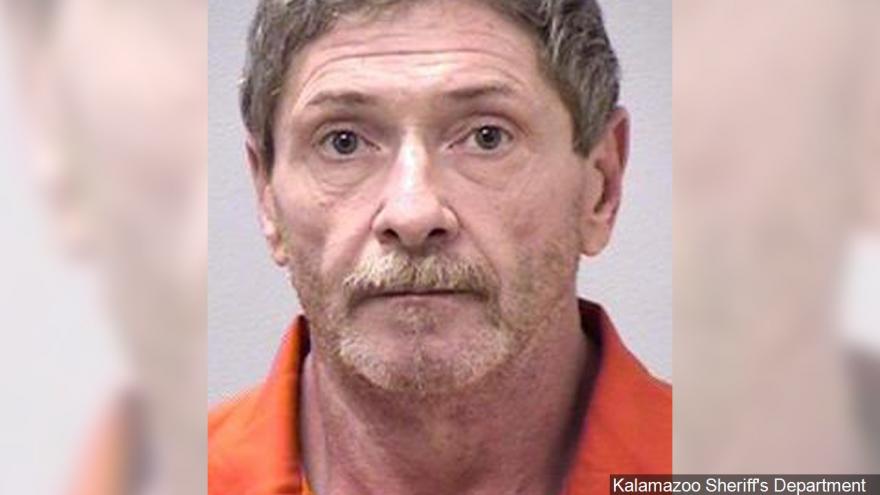 KALAMAZOO, Mich. (AP) — A man buzzed on painkillers and other drugs when his pickup truck plowed into a pack of Michigan bicyclists, killing five, was sentenced Monday to at least 40 years in prison after he tearfully expressed regret over the rural road tragedy.

"I'll live with this the rest of my life," Charles Pickett Jr. told a judge. "I would give my life for the people I murdered, killed and maimed, and I just want to say I'm sorry."

Nine people out on a recreational ride were members of a group called the "Chain Gang." They were hit on a two-lane road two years ago in southwestern Michigan's Cooper Township.

Pickett, 52, of Battle Creek didn't dispute that he had ingested drugs that day. A trial witness said he had attended a cousin's funeral and swallowed a handful. His lawyers, however, said second-degree murder charges were excessive.

Kalamazoo County Judge Paul Bridenstine told Pickett that his apology was inadequate. He said he had many opportunities to stop driving before the crash, 140 miles (209 kilometers) west of Detroit.

"The loss is massive and immeasurable. ... You selfishly and unnecessarily murdered five people and altered the lives of four others" Bridenstine said.

Relatives of the victims described the impact.

"My mother's story does not end in tragedy. She lives on inside of me. I can feel it," said Madeline Bradley, daughter of Debbie Bradley. "I can feel it in my bones and in the tears that roll down my cheeks, and in every breath. ... That's the story I want people to know."

Pickett will be eligible for parole after decades in prison.

A public memorial to the victims and survivors was unveiled last week. It includes the images of five bikes made with metal.

The National Transportation Safety Board looked at the crash and said better communication between dispatchers might have alerted police to stop Pickett while he was driving erratically through different communities before the crash.