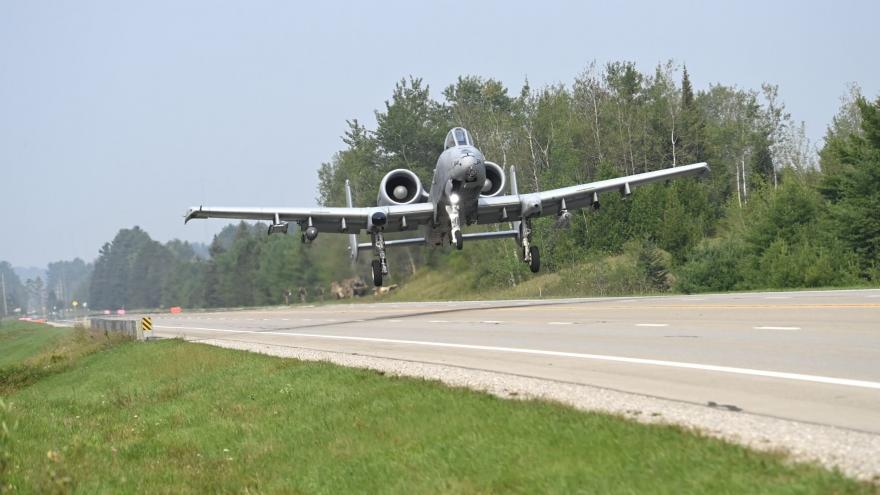 The Michigan National Guard made history by landing a modern military aircraft on a highway. - MI DOT via WNEM

ALPENA, Michigan (WNEM) -- The Michigan National Guard made history by landing a modern military aircraft on a highway.

They landed the aircraft on a closed portion of M-32, about 3 miles west of the Alpena Combat Readiness Training Center, as part of a training event name “Thunder Landing Zone.”

“Thunder LZ gave the pilots the opportunity to land in an austere environment that they’re not used to,” said U.S. Air Force Lt. Col. Brian Wyrzykowski, the mission commander for the Thunder LZ and a KC-135 Stratotanker instructor-pilot at the 127th Wing. “But it’s also a first in the nation, as this is the first time that modern combat aircraft have landed on U.S. soil on a highway.”

After about a year of planning and coordinating, all six aircraft successfully landed and departed from M-32. Leaders of the 127th Wing and Michigan National Guard say staying prepared while being progressive is still one of their top priorities.

“This historic training event is very important for the Michigan National Guard,” Wyrzykowski said. “We are making sure we are ready for the high-end fight against a near-peer adversary.”