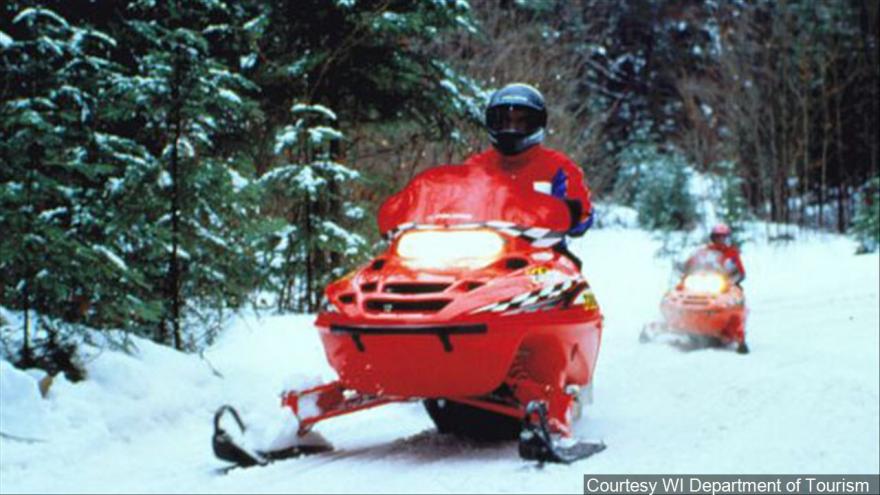 (CNN) -- With temperatures in the danger zone and snow blocking driveways, a Michigan pharmacist got creative in delivering prescriptions to her customers.

Andrea Cusack, a pharmacist at Lake Odessa Pharmacy, typically delivers medicines for customers in the small community of Lake Odessa, a town between Grand Rapids and Lansing. But on Tuesday, with snow covering the road, Cusack enlisted the help of her 15-year-old son and fired up their snowmobile so they could make a special delivery.

"Blood pressure, diabetes meds, you do not want to stop those," Cusack told CNN affiliate WILX. "You want to take those continuously."

Cusack's husband shared a picture of the delivering duo on Facebook.

"Appears we have a new addition to Lake Odessa Pharmacy's delivery service!" he posted.

The deliveries didn't stop there. On Wednesday, Cusack called to check in with her regular customers Wayne and Margaret Mausbach. The couple told her they were snowed in and not able to come pick up their monthly prescriptions.

Her team bundled up and set out on their snowmobile proving not all heroes wear capes.

"I truly care about people and want to help them, and to see the response within the community, it's just overwhelming," Cusack said.