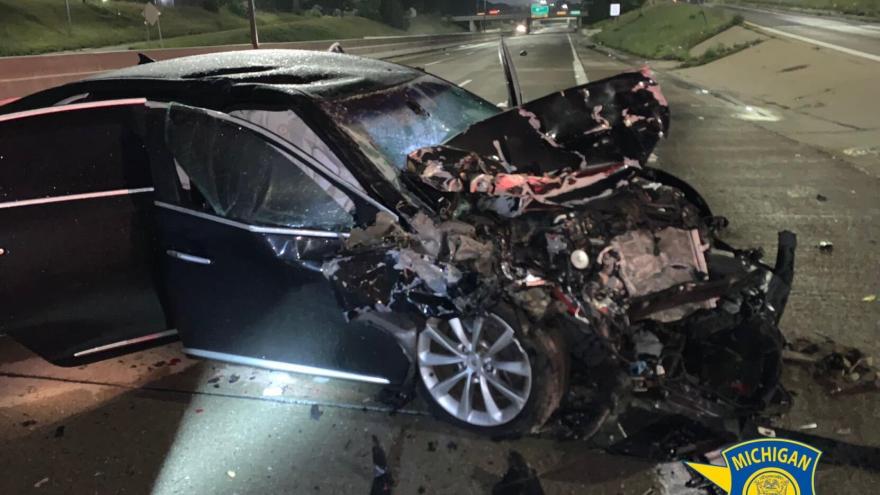 A police canine has died after sustaining injuries from a collision with a suspect vehicle. - Michigan State Police via WNEM

SOUTHFIELD, Michigan (WNEM) -- A police canine has died after sustaining injuries from a collision with a suspect vehicle.

On Sunday at 1:05 a.m., an MSP canine unit had the southbound lane of M-10 at Linwood closed due to flooding. The patrol car was positioned across all lanes of the freeway ramping off traffic. The freeway had been closed for several hours.

The unit activated the emergency tone and the trooper advised he had been hit and the suspect’s vehicle was in flames according to MSP. Detroit Fire arrived on the scene and treated the passengers of the suspect vehicle.

The occupants of the vehicle were transported to a local hospital. At the time of the collision, the suspect vehicle was traveling at freeway speed. The trooper sustained non-life-threatening injuries to his legs.

MSP Canine Rex was transported to Blue Pearl animal hospital in Southfield for severe spine and leg injuries, and later died as a result of his injuries.

The driver of the vehicle is believed to be under the influence of alcohol and has serious injuries according to MSP. A female passenger who was in the front seat of the car has critical injuries.

Troopers and the MSP Crash Reconstruction team are investigating the collision and will test a blood draw for alcohol.

Rex was a member of the Metro South Post and was known for his determination in searching for suspects.