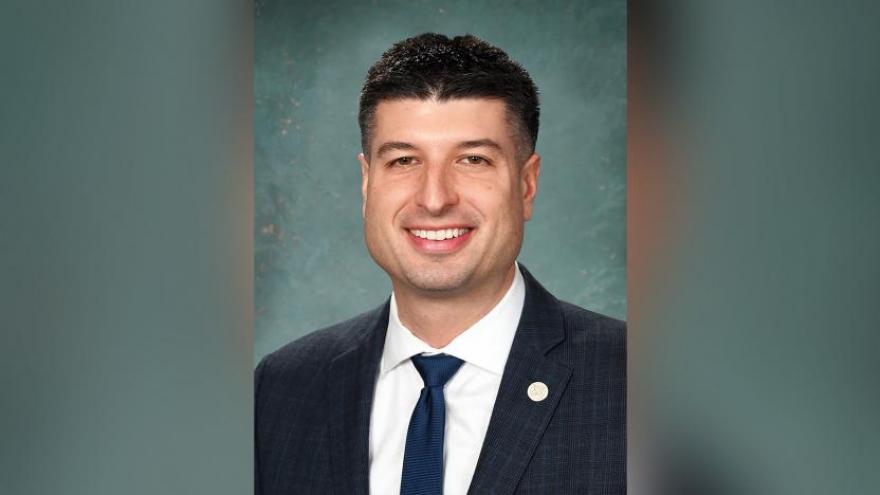 Michigan State Sen. Tom Barrett announced on Aug. 2, 2020 that he has contracted coronavirus.

Barrett, who is still an active part-time helicopter pilot in the Michigan Army National Guard, received the positive result during a routine screening before an upcoming training event, according to a press release from his office.

The Republican lawmaker said that he does not have any "significant symptoms" and will self-isolate.

"I have done my best to make contact with those I have been around in the past couple weeks so that they may also seek medical advice," Barrett said. "I look forward to resuming my normal work schedule as quickly as possible."

Barrett has accused Michigan Gov. Gretchen Whitmer, a Democrat, of greatly overstepping her powers, and sponsored a bill limiting her emergency powers.

"Michigan families are hurting. Jobs have been lost, and unemployment is soaring. Reasonable accommodations can be made to begin to reopen the state, but the governor has been unwilling to work with us," Barrett said in May.

Whitmer, who announced a state lockdown in March and lifted it in June, has faced backlash regarding her closure orders. Last month, she called for a "national mask-up campaign," saying it is necessary for everyone, even those in the White House, to wear masks to stem the spread of coronavirus as the number of cases surge across the US.

In April, protesters carrying firearms descended on Michigan's Capitol to pressure the governor to issue more relaxed measures. President Donald Trump has also attacked Whitmer, a first-term governor, in personal terms over her criticism of his handling of the coronavirus pandemic.

Barrett is a supporter of Unlock Michigan, "a coalition of concerned Michiganders who believe that Governor Gretchen Whitmer's crushing lockdown of life and business across Michigan is a dangerous threat to our livelihoods and constitutional liberties," according to the group's website.

He held a petition signing event for the campaign on July 18, The Detroit News reported.

Following Barrett's coronavirus news, other state lawmakers are suggesting people who may have been exposed get tested.

In a statement to CNN, Democratic Senate Minority Leader Jim Ananich said he is "encouraging members and staff to seek testing if they have any concerns about potential exposure."

"Thanks to the hard work of Gov. Whitmer and local health officials, testing is available and should be utilized," he said in the statement. "This is an important reminder to everyone that we must continue to be diligent about wearing masks, social distancing and hand washing, because those carrying COVID-19 may be asymptomatic or nearly asymptomatic."

Republican Senate Majority Leader Mike Shirkey also encouraged all caucus members to be tested. He announced Monday that legislative sessions have been canceled this week.

Amber McCann, a spokeswoman for Shirkey, told CNN on Monday that "no other senators or staff have reported a positive test."