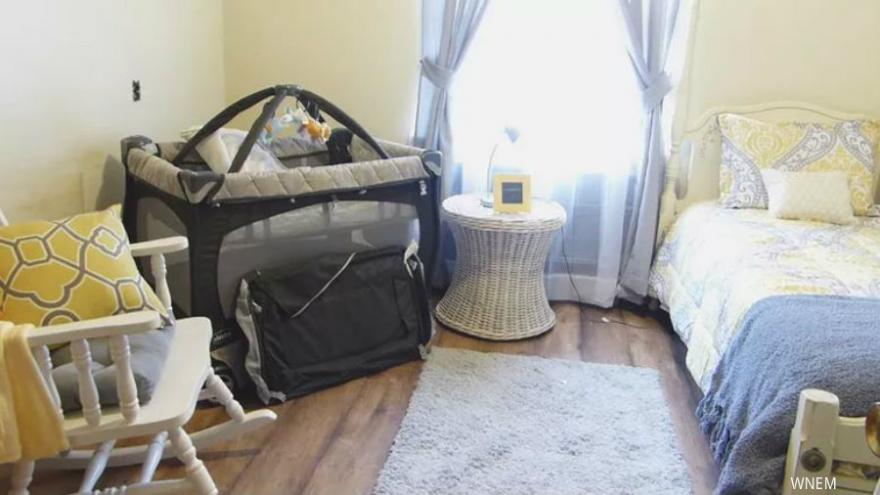 FLINT, Mich. (WNEM) -- It’s hard to believe now, but decades ago the Catholic church and school at St. Agnes was a staple in the Flint community.

Even though the lot is overgrown, and the building boarded up and neglected, Yvonne Penton saw its new life.

“I found after working with the girls in the pregnancy crisis center they would come in and do parenting classes for six months, but they had nowhere to live,” said Penton, founder of House of Esther.

Penton has a background in counseling. She’s worked with victims of domestic violence and sexual assault for years.

She named the shelter The House of Esther after the Book of Esther in the Bible. It’s a home for pregnant women who have nowhere to turn.

Penton has been in their shoes.

“I was about 14 years old, and I was sexually assaulted. I was devastated. I had no idea what to do,” Penton said.

Penton said she was scared of becoming such a young mother and considered abortion.

“That's when someone told me it was a greater risk to me to get rid of that baby than to have it. They gave me the courage to tell my parents that I was pregnant. To my amazement they said, ‘That's fine, we will help you,’” Penton said.

“I think I was in my first trimester and there was a school opened by the Catholic churches, school for unwed mothers, and I went to that school. There were eight of us pregnant. Back in 1967 that school became the alternative school at St. Michaels. But, I went to that school and I graduated with my class,” Penton said.

Now, Penton is helping others just as she was helped.

“We will provide you with a home, then we will reach out to the community to bring in the necessary resources to sustain your health, for you and the baby, and to maintain focus on educating you and graduating,” Penton said.

When she first started to spread the word about The House of Esther project, Penton was overwhelmed with support.

“When they found out they were going to be helping mothers, first-time mothers, they donated baby items. They wanted to give showers. Churches donated bedding, cribs. It was just amazing. It just kind of spilled out, just like the favor of Esther. We had favor from the community,” Penton said.

Nearly every room has been "adopted.”

Area organizations furnished and donated all of items giving each room with a different theme and personality.

Since it's on the campus of the old St. Agnes High School, graduates from decades ago have come together to adopt an entire wing of rooms.

“They are so excited to see to it that this stays alive,” Penton said.

Penton’s advice for pregnant women who are scared and confused is they’re not alone.

“We're saying that you can get control of your own destiny with just a little bit of help,” Penton said.

Penton still hopes to open The House of Esther this year.

She said the Flint water crisis and not being able to get the water turned on at the house has caused construction to come to a stand-still.