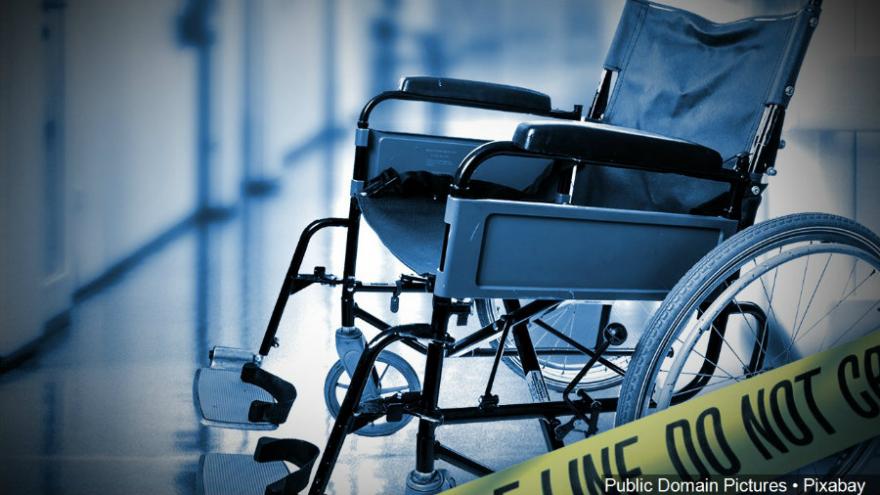 WALKER, Mich. (AP) — A former Michigan nursing home aide who has served nearly 30 years in prison for smothering five patients in a pact with her lover has been granted parole, though a relative of one victim said he plans to appeal the decision.

Catherine Wood, 57, is scheduled to be released Oct. 24, WOOD-TV reported . She was sentenced to serve 20 to 40 years in prison after she pleaded guilty to second-degree murder in the 1987 slayings at the Alpine Manor Nursing Home in Walker, a Grand Rapids suburb that's about 140 miles (225 kilometers) northwest of Detroit.

John Engman, the son-in-law of victim Mae Mason, said the family plans to file an appeal in Kent County Circuit Court. He said he believes Wood is "dangerous to society."

"This woman should not be out until the last day on her 40-year sentence," Engman said.

The victims ranged in age from 60 to 97 years old and most suffered from Alzheimer's disease. Their deaths initially were attributed to natural causes and no autopsies were performed, but police began investigating after Wood's ex-husband told them she had confessed.

As part of her plea deal, Wood told police she sometimes acted as a lookout or diverted supervisors' attention while her lover, Gwendolyn Graham, suffocated the patients. As the prosecution's key witness at Graham's trial, Wood testified that the killings were part of a pact the two hoped would bind their love. She said Graham told her the killings helped her "relieve tension."

Tom Freeman, a retired Walker police detective who investigated the murders, said Wood's testimony was essential in the case.

"I feel that she served her time and I feel she's not a menace to society or could harm society at this stage," Freeman said. "I really believe that."

Graham, 55, was sentenced to life in prison with no chance for parole. She is housed at the Huron Valley Women's Prison near Ypsilanti.