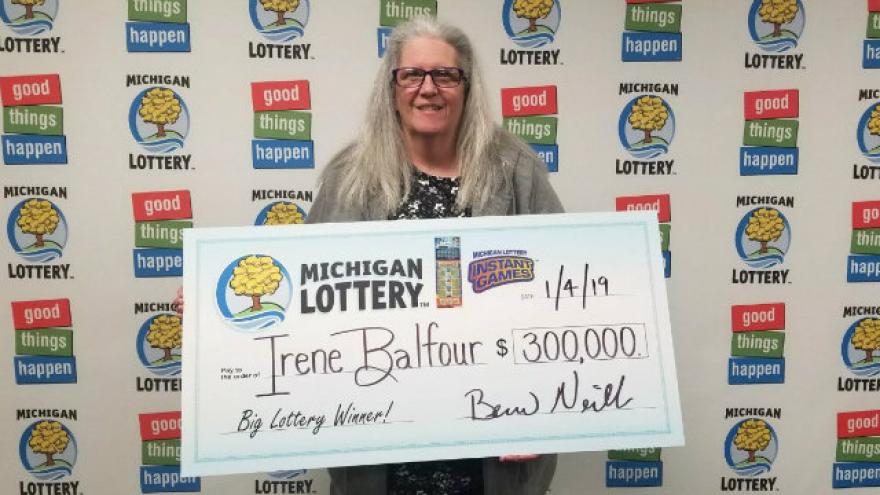 Irene Balfour, of Rose City in Ogemaw County, purchased her ticket at a Shell Gas Station located in West Branch.

“I was cashing in a $20 winning ticket and I had been wanting to play this bingo game for a while” said the 63-year-old Balfour. “I bought the Super Bingo ticket and when I was walking to my car, I found a quarter on the ground that I picked up to use to scratch the ticket, which is now my lucky quarter."

After scratching and winning big on more than three of the BINGO lines, Balfour knew she was headed to Lansing.

“I scratched off the first bingo row and was happy I won. I kept scratching and revealed a second and third bingo. After revealing the fourth, I knew I had won big. I told my husband: ‘We have to go to Lansing,’” Balfour said.

She plans to pay off her home and purchase a new car with her new winnings.

Players have won more than $5 million playing Super Bingo, which launched in October 2018. Each $5 ticket offers players a chance to win prizes ranging from $5 up to $300,000.