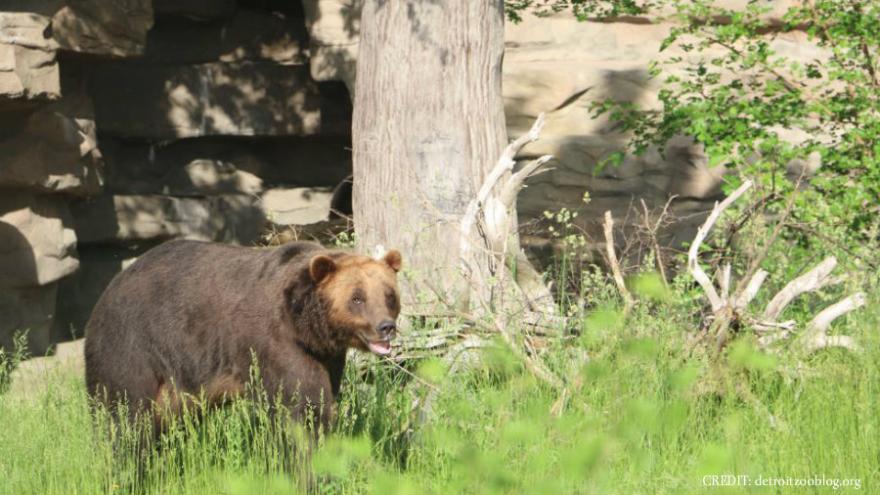 According to the Detroit Zoological Society, the $200,000 makeover includes a cave and a variety of nooks that provide more options for bears to move around.

Scott Carter is the society's chief life sciences officer. He said the significantly larger space at the zoo in Royal Oak has helped to expand the bears' "ability to sense what's happening around them."

"Bears rely on their keen sense of smell to tell them what's going on in the world around them, and the expanded habitat opens up what they can see and what they can smell," Carter said.

The 7-year-old grizzly bears were placed at the zoo in 2011 when they were rescued as cubs after their mother was killed by a poacher in Alaska.

A rescued female grizzly bear, Kintla, 34, will continue to reside in the bear den on the opposite side of the renovated habitat. Kintla has lived at the zoo since 1986.

The bear den was one of the first animal habitats to open when the Detroit Zoo opened in 1928.

"It was groundbreaking at the time as it featured a moat instead of bars, giving visitors an unobstructed view of the animals," according to a press release from the society. "The Detroit Zoo was the first zoo in America to incorporate cage-less animal habitats."