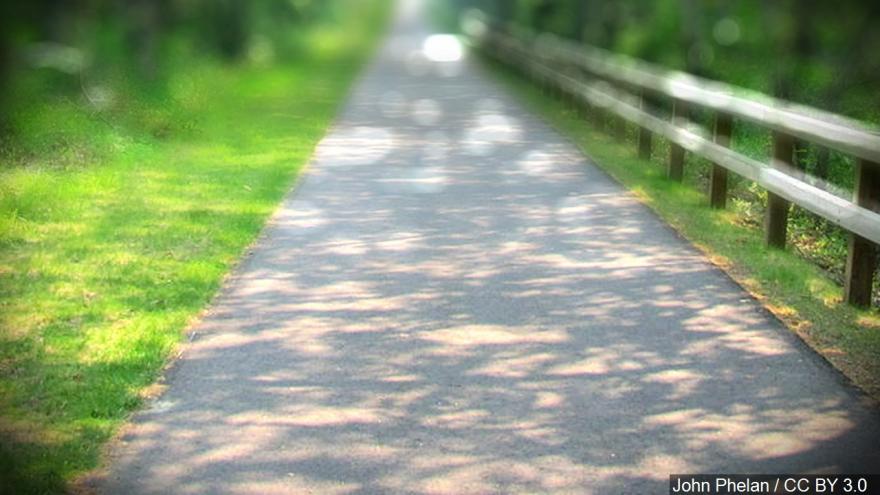 BIG PRAIRIE TOWNSHIP, Mich. (AP) — A new trail in western Michigan that developers believe could become a national attraction is set to break ground this year.

Construction on Michigan's Dragon at Hardy Dam trail in Newaygo and Mecosta counties could begin by this summer, the Muskegon Chronicle reported.

From an aerial view, the 47-mile (76-kilometer) hiking and biking trail encircles a dam-formed pond that resembles the shape of a dragon. The pond is part of the Muskegon River that pooled above the Hardy Dam, which is owned by Jackson-based utility Consumers Energy.

Visitors will be able to use the trail to walk or bike along the top of the dam.

The 2-foot-wide (0.6-meter) trail is planned to pass through untamed terrain, six campgrounds and eight boat launches and marinas. The route will also include 13 scenic overlooks and 20 footbridges.

"It became really obvious really quickly that this wasn't a local trail; this was going to be an attraction that would bring people into the region," Hoag said. "This is about economic development."

The trail and its bridges, overlooks, signage and kiosks are all estimated to cost more than $3 million combined, he said.

Newaygo and Mecosta counties each provided $150,000 for the project, which also received $860,000 in grant money and other donations. The counties have applied for two grants from the Michigan Department of Natural Resources that could provide an additional $750,000, Hoag said. The more than $1 million remaining is expected to be raised through corporate and private donations.

The trail is scheduled for completion in 2022. It's still pending approval from the Federal Energy Regulatory Commission, which regulates the property's owner, Consumers Energy.

Information from: The Muskegon Chronicle, http://www.mlive.com/muskegon