A Michigan university mistakenly told 5,500 students they won a $48,000 scholarship 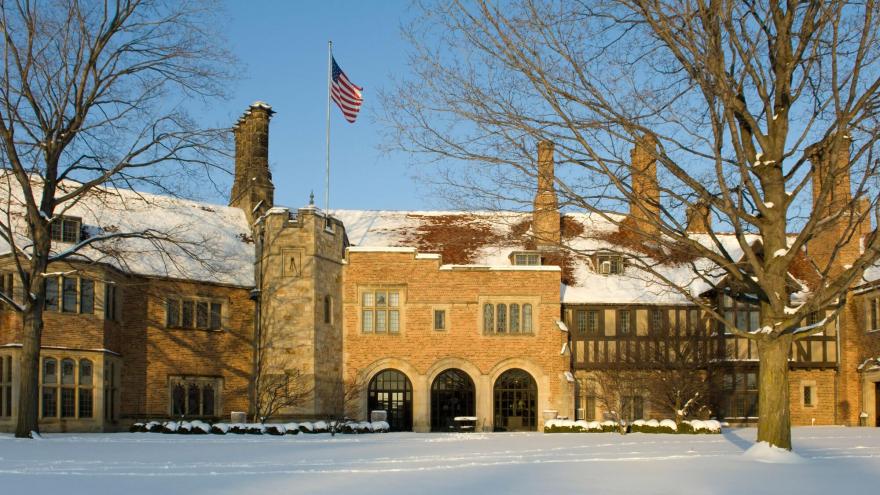 (CNN) -- A Michigan university sent email notifications to thousands of students notifying them about a scholarship award valued at $48,000, but the email was sent in error.

It is the second Michigan university to make a mistake like this in the month of January.

On January 4, Oakland University in Rochester Hills, 28 miles outside of Detroit, Michigan, learned that due to a "human error," their undergraduate student application system sent 5,500 admitted students email notifications they were awarded with one of the university's highest awards, the Platinum Presidential Scholar Award valued at $12,000 per year for four years.

"Unfortunately, the students who received the message do not meet the eligibility requirements for this award, but have qualified for varying levels of OU scholarship awards," Brian Bierley, Director of Media Relations at Oakland University told CNN in a statement Monday. "While the emails were sent in error, OU notifies students of scholarship awards through official scholarship award letters sent to students via United States mail."

The Platinum Presidential Scholarship at Oakland University, isn't application-based, according to Bierley. All students are considered for it and awarded to entering freshmen with a high school GPA of 3.90 or higher and score of 1450 or higher on the SAT (ACT composite score of 33 or higher).

"Those 5,500 students, made up of incoming freshmen and transfer students, have been offered varying levels of scholarships, but did not qualify for the Platinum Presidential Scholarship, and had also not yet accepted their scholarship award in their student portal," Bierley said. "They were intended to receive a different message about the awards they qualified for."

A student, who wasn't even eligible, also received the accidental notification, according to CNN affiliate WXYZ.

Charmaine Brown said she was overjoyed when she got the school's email.

"When they sent that email, I was like 'Wow, this is my escape, this is everything I've ever wanted,'" Brown said.

The average tuition for in- state freshmen and sophomores is $13,934, according to Oakland University's website, with room and board averaging $11,192 per year.

A notification was mistakenly sent to 58 students informing them they had been awarded the university's prestigious Centralis Scholar Award, which includes admission to the CMU Honors Program, full tuition, fees, and room and board for four years and a $5,000 study away award.

Now, the university says it is reaching out to the impacted students "to make it right" and award them with an amount equivalent to a full-tuition scholarship.

That however, is not the case at Oakland University, according to officials.

"Oakland University plans to honor the varying scholarships that the students qualified for and have encouraged them to submit updated transcripts and any new test scores between now and the fall semester to see if they might qualify for additional scholarships," Bierely said.

Within two hours of the error, OU said they sent out an immediate correction and the Undergraduate Admissions team scheduled phone calls to explain the situation to the students who had reached out to them, Bierley said.

"We have examined our email data extraction procedures to ensure that this doesn't happen again," the university said in a follow-up apology email on January 5. "We feel very badly that you received this incorrect communication, and we hope you will still consider attending Oakland University."

For the fall of 2021 Oakland University offered 223 Platinum Presidential Scholar Awards; 47 of these students chose to enroll, he said. As of right now, 162 students have qualified for the scholarship and been offered for fall 2022, 62 have accepted so far. Final numbers will be determined in September following open enrollment.

Correction: An earlier version of this story misstated the proximity between Central Michigan University and Oakland University.