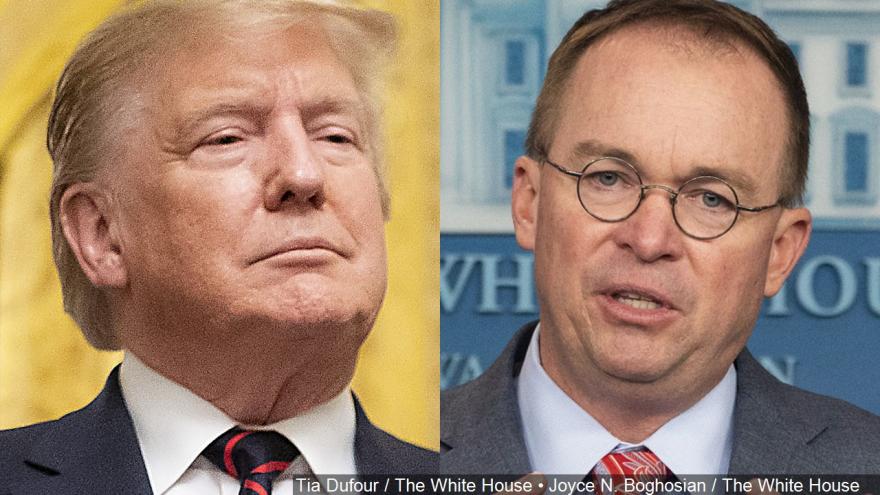 (CNN) -- A top aide to White House chief of staff Mick Mulvaney, Robert Blair, has refused to testify in the House impeachment inquiry of President Donald Trump after the White House directed him not to appear for his scheduled deposition, his attorney told CNN.

"Mr. Blair is caught between the assertions of legal duty by two coequal branches of government, a conflict which he cannot resolve," Blair's attorney Whit Ellerman told CNN on Saturday.

"In light of the clear direction he has been given by the executive branch, Mr. Blair has respectfully declined to appear and testify. Nevertheless, he will fulfill all his legal duties once that conflict is appropriately resolved."

The Financial Times first reported the news of Blair's decision.

Blair has not yet received a subpoena, but Ellerman said Blair will still refuse to testify if he is subpoenaed.

"The direction from the White House, and the advice from (Department of Justice) on which it is based, covers subpoenas," he said.

Blair, who previously served as associate director for national security programs in the Office of Management and Budget, followed Mulvaney to the West Wing in January as his national security adviser after Mulvaney became acting chief of staff.

Before joining the Trump administration, Blair served as staff director on the House Subcommittee on Defense Appropriations.