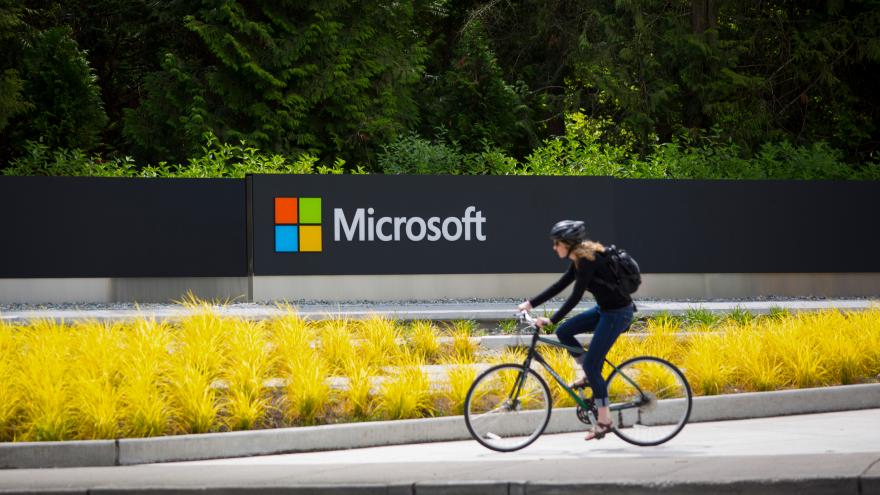 (CNN) -- Microsoft is making an ambitious commitment to eliminate its carbon footprintby pledging to go "carbon negative" in the next decade and investing $1 billion to help develop clean technologies.

The tech giantsaid Thursday it will seek to remove more carbon than it emits by 2030.

"While the world will need to reach net zero, those of us who can afford to move faster and go further should do so," Microsoft's president Brad Smith said in a statement.

The company's plan involves cutting its carbon emissions — projected to be around 16 million metric tons this year — by more than half, both in its own operations and across its supply chain.

"We will fund this in part by expanding our internal carbon fee," added Smith, referring to the $15-per-metric-ton tax that all of Microsoft's business units pay based on their emissions.

The fee, which was instituted in 2012 and nearly doubled last year, will be broadened to include indirect emissions from activities such as manufacturing, business travel and the electricity customers may use on its products.

Measures to reduce its direct emissions include buying enough renewable energy to offset 100% of its electricity consumption by 2025 and using only electric vehicles on its global campuses by 2030. It will also set up a $1 billion "climate innovation fund" to develop carbon reduction technologies.

By 2050, Microsoft said it "will remove from the environment all the carbon the company has emitted either directly or by electrical consumption since it was founded in 1975."

Microsoft's pledge comes as tech companies face mounting pressure from shareholders and even their own employees to do more to address the threat of climate change.

Amazon last year said it would buy and deploy 100,000 electric delivery vans by 2024, as part of a broader climate pledge that involves taking its carbon emissions to net zero by 2040. The next day, Amazon employees staged a previously planned walkout over the company's perceived inaction on climate change. The group applauded Amazon's climate pledge at the time, but said it was still not enough.

Apple has set a long-term goal of making all its products only from recycled or renewable materials. The iPhone maker said all its stores, data centers and corporate offices now run on 100% clean energy. But Apple has also pushed back at some climate change proposals from shareholders.

Other big players are being called on by their workers to do more.In a letter to Google CFO Ruth Porat published in November and signed by more than 1,100 employees, staffers demanded that the company commit to zero emissions by 2030, not sign contracts enabling the extraction of fossil fuels and stop funding climate change-denying think tanks, lobbyists or politicians.

Google has been carbon neutral since 2007, partly thanks to offset programs that involve purchasing carbon credits. The company's latest environmental report says it put 1.2 million metric tons of carbon emissions into the environment in 2018.

Smith admitted that it "won't be easy" for Microsoft to go carbon negative by 2030.

"This is a bold bet — a moonshot — for Microsoft," he said. "And it will need to become a moonshot for the world."