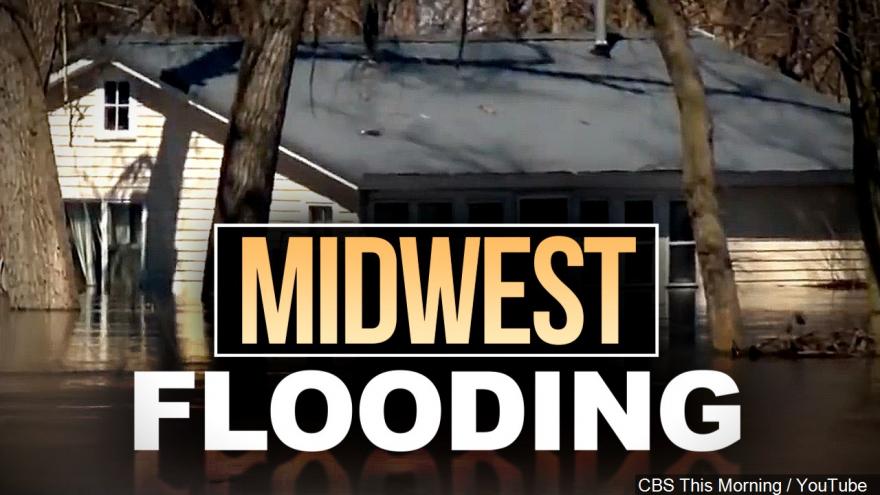 (CNN) -- Record flooding in the Midwest is now threatening the safety of more than a million private water wells. The National Ground Water Associationestimates that people living in more than 300 counties across 10 states have their groundwater threatened from bacterial and industrial contamination carried by flood waters.

"The most immediate concern is that the flood waters are contaminated with anything they have picked up and moving across the ground," said Chuck Job, NGWA's regulatory affairs manager.

The high waters can carry bacterial contamination from flooded waste water treatment plants, septic tank systems, or animal waste from farms. Pesticide residues, oil and gasoline can also be mixed into the waters. "Depending on the extent of the severity of the flooding, those flood waters will contain a lot of potentially harmful chemicals as well," said Kevin Masarik of the University of Wisconsin, Stevens Point. Masarik is a groundwater outreach specialist at the school's Center for Watershed Science & Education.

When it comes to drinking water, Masarik said the most immediate concern is the presence of bacteria like E.coli, or parasites like giardia or cryptosporidium -- all which come from human or animal waste and can cause gastrointestinal issues.

"These microorganisms live in the intestinal tracts of people and animals. And they can cause serious illness; principally for the very young and the elderly, as well as the immunocompromised," explained Job.

Wells that are in flooded areas are vulnerable to being contaminated. But Masarik pointed out even in situations where water may not have over topped the well but had some potential to lap into it, is a concern. "That's a case where I would encourage people to take some precaution," said Masarik.

Test out of caution

Masarik said to look out for changes in color and smell of the water which could also be indicators of contaminants. Any sort of changes in the water or potential breaches to the well should signal to a well owner to have their water tested.

The state of Nebraska is partnering with the Environmental Protection Agency and offering private well owners free water testing.

If a well tests positive for any sort of contaminants, it is essential, said Job, that the well be cleaned and disinfected and then tested again to make sure that any traces of pollutants were removed.

While the water from public water systems is federally regulated, water from private wells doesn't have the same safety nets to protect against contamination. The EPA estimates that more than 13 million households across the country rely on private wells for the water they drink and use for cooking and cleaning.

The Midwest has experienced record flooding this year due to a rapid snow melt, heavy rain and late snowfall. According to the National Oceanic and Atmospheric Administration, there is "an elevated risk for flooding through May."