Migrants bused to DC as part of Texas Gov. Abbott's protest against Biden 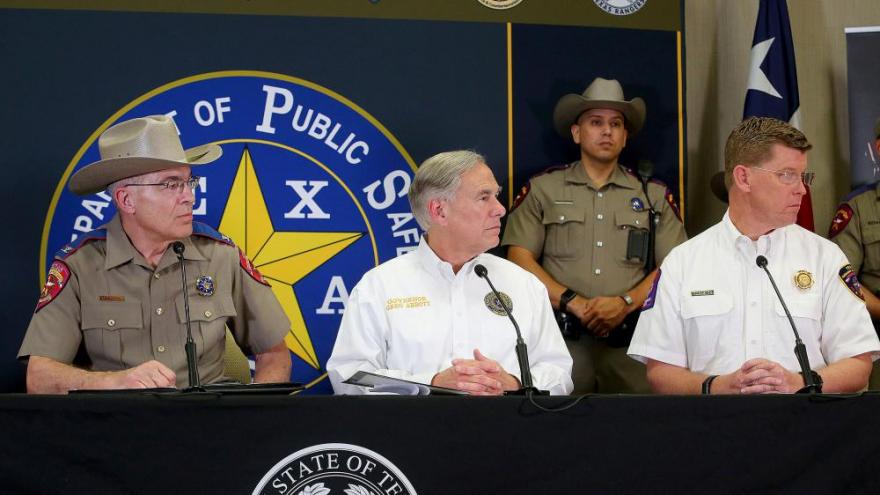 (CNN) -- A group of migrants bused from Texas arrived in Washington, DC, on Wednesday morning, after Texas Gov. Greg Abbott said he would send willing migrants to the capital in a rebuke of President Joe Biden's border policies.

Five migrants who spoke to CNN said they were from Venezuela and had arrived at the US-Mexico border on Sunday. They are seeking asylum and were released from custody while they go through their immigration proceedings.

After being released, the migrants said they were offered a voluntary bus ride to DC. The bus parked outside of the building near the US Capitol that includes Fox News' DC bureau, where the network aired the migrants disembarking live.

The bus ride was over 30 hours, and food and water were provided, the migrants said. And while it was a long journey, it was a good trip, according to the migrants whom CNN spoke with.

"They treated us well," said Juan Luis Rondon Martinez, a migrant from Venezuela who came on the bus.

Abbott, a Republican who is running for reelection this fall, has been a harsh critic of the Biden administration's immigration policies and has sought to make headlines with countermeasures.

The charter bus rides were paid for by Texas taxpayers, through funds appropriated by the Texas Legislature for border security, the Texas Division of Emergency Management confirmed to CNN.

In a statement, the Department of Homeland Security said that, "through its Southwest Border Coordination Center, DHS is executing carefully designed plans to manage the processing and transport of noncitizens arriving at the border. Any individual state's interest in assisting in our plans' execution should be carefully coordinated with us."

Once migrants are processed by federal authorities and released from custody, they're allowed to move throughout the country while they go through immigration court proceedings. An immigration judge will ultimately decide if they are allowed to remain in the US or be deported.

At their final destination, they're expected to report to Immigration and Customs Enforcement, an ICE official said.

The organization Catholic Charities DC, which provides social services such as food assistance and medical care, had staff available to provide help when the migrants were dropped off, according to the group's spokesperson Kate Kennedy.

"They're tired, they're hungry. They need clothing, a shower. They're asking for a change of clothes and a shower," said Sister Sharlet Wagner with Catholic Charities DC.

Catholic Charities DC also bought bus tickets for migrants to journey to other cities, including Miami.

Abbott announced his plan last week, saying he wanted to send busloads of migrants to the front steps of the US Capitol in response to the Biden administration's announcement that it will lift the pandemic-era health order, known as Title 42, which has allowed immigration officials to turn back migrants at the border.

Abbott's office clarified that the transportation is voluntary and that "to board a bus or flight, a migrant must volunteer to be transported and show documentation from DHS."

Still, critics have lambasted Abbott's move as a political stunt and have pointed out that he is up for reelection.

The Biden administration called out Abbott for his actions in response to Biden's plans to lift the Trump-era Title 42 pandemic policy, warning that the Texas governor's recent moves -- including a new policy that enhanced state safety inspections of commercial traffic entering at the US-Mexico border in Texas -- are causing "significant" supply chain disruptions.

"Governor Abbott's unnecessary and redundant inspections of trucks transiting ports of entry between Texas and Mexico are causing significant disruptions to the food and automobile supply chains, delaying manufacturing, impacting jobs, and raising prices for families in Texas and across the country," White House press secretary Jen Psaki said in a statement Wednesday.

Abbott announced later Wednesday that he would end the enhanced inspections from one Mexican state after the order caused hours-long traffic delays at the border crossings.

"The bridge from Nuevo León and Texas will return to normal effective immediately. Right now," Abbott said in a news conference alongside Samuel Alejandro García Sepúlveda, governor of the Mexican state of Nuevo León.

Abbott said that inspections at the Laredo-Colombia Solidarity International Bridge will return to the policy that was in place before his announcement last week that ordered all commercial vehicles to receive a secondary inspection by Texas authorities.

The new agreement, signed by both governors Wednesday, will end only the inspections at the Laredo-Colombia bridge, which links Nuevo León and Texas. All other bridges linking Texas and Mexico will still be subject to Abbott's new policy.