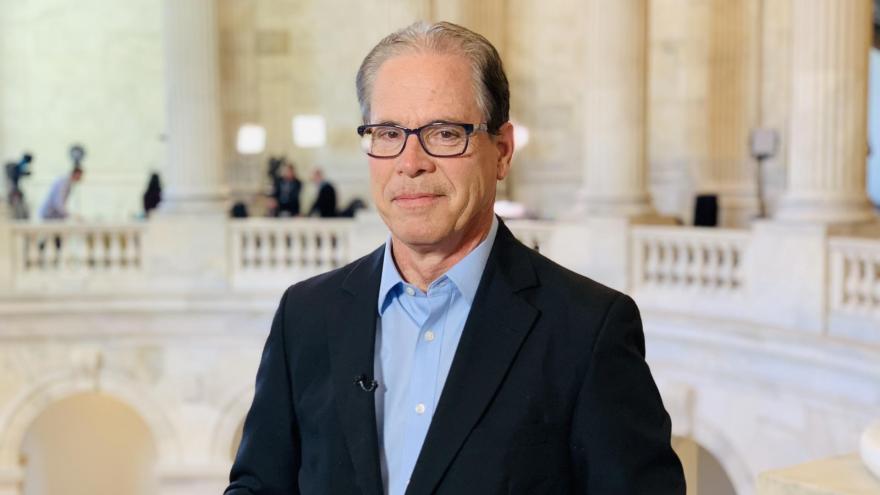 (CNN) -- Indiana GOP Sen. Mike Braun told local reporters on Tuesday that states should decide the legality of interracial marriage, before maintaining that he misunderstood the questions and condemned "racism in any form."

Braun was then pressed on his view of Griswold v. Connecticut, which found in 1965 a constitutional right to sexual privacy and legalized contraception for married couples. Braun again said that the states should decide matters.

"Well, you can list a whole host of issues," Braun said. "When it comes down to whatever they are, I'm going to say that they're not all going to make you happy within a given state but that we're better off having states manifest their points of view rather than homogenizing it across the country, as Roe v. Wade did."

The Times of Northwest Indiana reported that Braun "initially limited" his claim that the Supreme Court had usurped states' rights over abortion in 1973's Roe v. Wade decision. But when a reporter questioned him on other cases, including Loving v. Virginia, he reiterated his stance.

Braun later clarified his comments, saying in a statement that he "misunderstood" the questions.

"Earlier during a virtual press conference, I misunderstood a line of questioning that ended up being about interracial marriage. Let me be clear on that issue -- there is no question the Constitution prohibits discrimination of any kind based on race. That is not something that is even up for debate, and I condemn racism in any form, at all levels and by any states, entities, or individuals," Braun said.