Mike Richards has stepped down as the host of 'Jeopardy!' 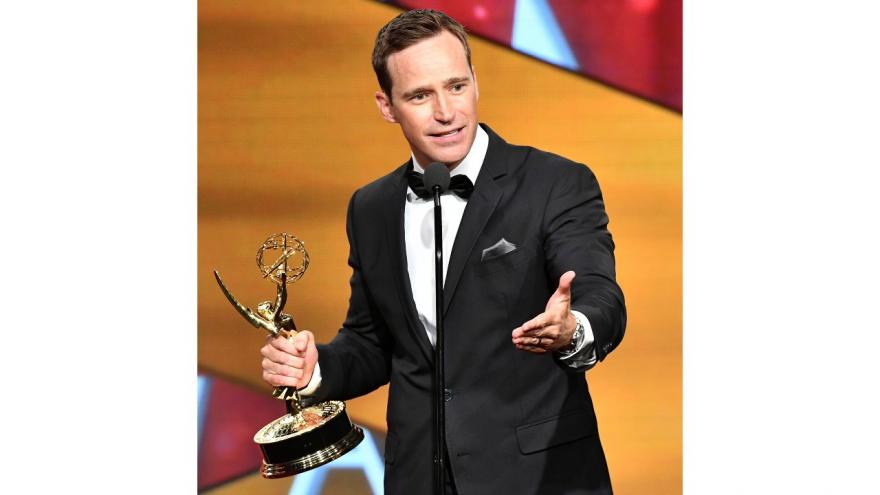 (CNN) -- Mike Richards, who was announced as the brand new host of "Jeopardy!" just last week, said Friday he has "stepped down" and the show is reverting to guest hosts for the time being.

His stunning announcement came two days after The Ringer website exposed a litany of offensive comments from his past.

"It pains me that these past incidents and comments have cast such a shadow on Jeopardy! as we look to start a new chapter," Richards said in a memo Friday morning.

The beloved game show began production on its new season on Thursday, which means some episodes with Richards as host have already been taped.

But Friday's tapings have been cancelled, Richards said.

He wrote in the memo that Sony "will now resume the search for a permanent syndicated host. In the meantime, we will be bringing back guest hosts to continue production for the new season, details of which will be announced next week."

The memo indicated that Richards will remain the executive producer of the show. He said to the staff, "I want to apologize to each of you for the unwanted negative attention that has come to Jeopardy! over the last few weeks and for the confusion and delays this is now causing. I know I have a lot of work to do to regain your trust and confidence."

The loss of trust and confidence came as a result of Claire McNear's reporting for The Ringer.

McNear, the author of a recent book about "Jeopardy!" and the late host Alex Trebek, found Richards' old podcast, for example, in which he made derogatory remarks about little people, Jews, people receiving unemployment benefits and sexist comments about women.

Richards took down the podcast episodes and apologized, saying "my attempts to be funny and provocative were not acceptable." He said he intended to live up to his obligations as a "role model" as the new "Jeopardy!" host.

After 24 hours, it was clear that his apology was not well-received. The Anti-Defamation League even weighed in, saying that Richards' "disparaging remarks about Jews, women & Asians are no laughing matter. Stereotyping is an entry point to hate and his apology lacks acknowledgment of its harm. This reported pattern warrants an investigation."

Sony, which produces the lucrative game show, declined to comment on Thursday, raising the specter that Richards' reputation was too sullied for him to continue as host.

His memo on Friday referenced "past incidents and comments" that have "cast such a shadow on Jeopardy! as we look to start a new chapter."