Mike Tyson vs. Roy Jones Jr.: Everything you need to know about the fight 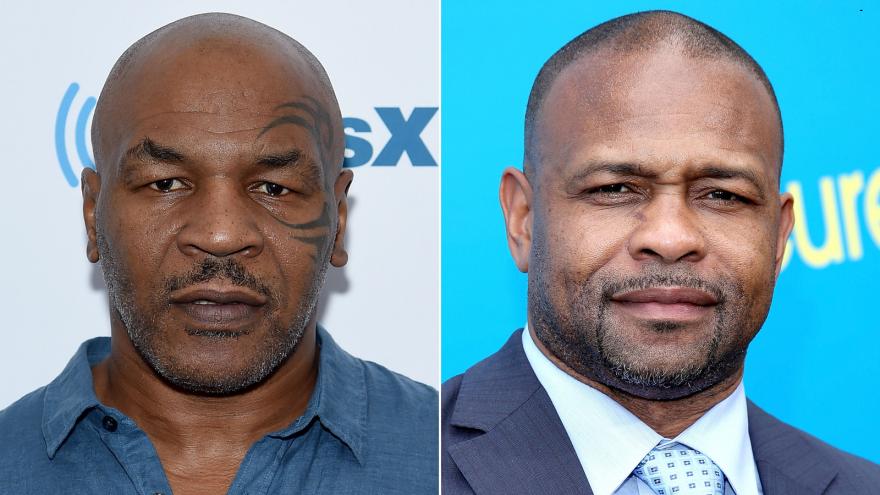 (CNN) -- Mike Tyson, once considered "the baddest man on the planet," is returning to the boxing ring Saturday for a highly anticipated bout.

"Despite the isolation and tribulations COVID-19 has caused, Tyson and Jones Jr. have shown us that when a person embraces a positive mental outlook, turns on his or her positive mental switch, all challenges can be overcome which is why we have created a one of a kind commemorative belt created specifically for the occasion," WBC President Mauricio Sulaimán said in a news release.

Here's what you need to know about the fight.

Tyson, the former heavyweight world champion, is considered one of the most feared boxers of all time. He finished his first year as a professional boxer with a 15-0 record, with all wins coming by knockout.

"Iron Mike" was 20 years and four months old when he became the youngest heavyweight champion in boxing history. He has a 50-6 career record, with 44 of the 50 victories coming on knockouts. He last fought in 2005, when he lost to Kevin McBride.

Jones Jr. is a former world champion who sports a 66-9 record. Jones Jr. won his last bout in 2018 against Scott Sigmon.

"I'm happy. I get to see what it's like to be in the ring with Mike Tyson before I die," Jones Jr. told CNN. "I'll get the best wishes of my life."

Is this a professional match?

It's an 8-round exhibition fight, although the rules have reportedly been adjusted so it can end with a knockout.

The rounds will be 60 seconds shorter than usual -- two minutes, instead of three -- and the fight has been sanctioned by the California State Athletic Commission.

The pair will use 12-ounce gloves without any protection.

Since it's an exhibition fight, there are no titles at stake, but the winner will receive a commemorative belt create for the fight.

Who will score the event?

The WBC will use a remote scoring system to judge Tyson's and Jones Jr.'s performance.

"Having the WBC score this event is historic. I was the youngest WBC heavyweight Champion and it's humbling to have my career come full circle with the WBC for my match against Roy Jones Jr. on November 28th," said Tyson in a statement.

Three champions will judge and score each round, with the criteria focusing on style, technique, effective punching, effective defense and effective aggressiveness.

"Pound for pound, point for point, the judges will see that I am the best there ever was and will be. As I said before, y'all must've forgot, but come November 28, 2020, y'all gonna remember," said Jones Jr.

When is the fight?

The four-hour live event will take place on Saturday, November 28 at 9 p.m. ET at the Staples Center in Los Angeles.

Where can I watch it?

The fight, which you can watch here, is a pay-per-view event and is being sold for $50 in the United States.

Some of the money will be donated to charities that fight human trafficking and breast cancer, according to Jones Jr. Mike Tyson's Legends Only League will also donate a portion of proceeds to the WBC José Sulaimán Boxers Fund to support boxers who "have fallen into hard times," the news release said.

The fight will be the first of a series produced by Legends Only League.