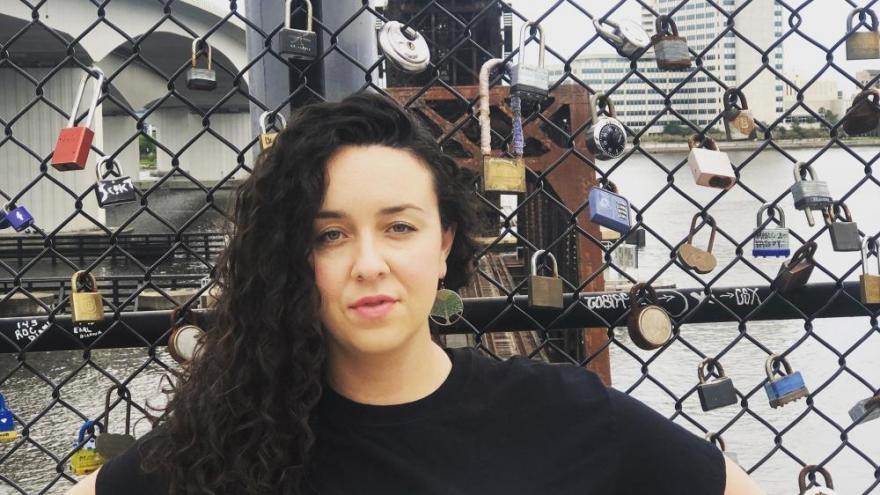 The shift to telecommuting may allow Sarah Clinton to buy a home in a more affordable area.

She and her partner, Adam Tuthill, welcomed their second baby in late January. They were making pretty good money and hoping to buy a home in the coming year.

Then the coronavirus pandemic hit and upended their plans. Friend, 30, was furloughed from her job in a restaurant's bakery section in mid-March and has struggled, like many, to get all her unemployment benefits. Tuthill, 38, saw his business as an independent commercial fisherman dry up during his most profitable season.

Now, instead of socking away money for their family,the Fort Pierce, Florida, couple is living off their tax refund, stimulus checks and partial unemployment payments. For Friend, it's especially bitter since this is the second time her life has been derailed by an economic downturn.

"I feel like my generation has just received no breaks," said Friend, who also hoped to start taking college classes this year. "When I graduated high school in 2008, it was a recession. Now, here I am, I just started a family, and I'm basically in another recession."

While Americans of all ages are being hit hard by the economic upheaval sparked by the coronavirus outbreak, millennials are especially at risk. Now between roughly 24 and 40 years old, they have a much smaller financial cushion than prior generations had at their age to protect them from job losses and economic uncertainty.

"Millennials as a whole were more vulnerable going into this," said Ana Hernandez Kent, a policy analyst at the Federal Reserve Bank of St. Louis. "Especially for those who have lost jobs, lost their income and then have no wealth safety net to fall back on, they could really, really suffer from this and be hard-pressed to recover."

Earlier this year, CNN chronicled the plight of millennials, who are on track to be the first generation not to exceed their parents in terms of employment status or income, studies show. More than a dozen wrote in of their struggles to land good-paying jobs, manage their student loans and buy homes. Several felt the high cost of living is keeping them from starting families of their own.

The long shadow of the 2008 financial crisis

Many millennials came of age at the worst possible moment -- when the economy collapsed after the 2008 financial crisis. That downturn has trailed older millennials for years, making them the only age group to fall below expectations for both income and wealth in 2010 and then drop further behind in 2016, according to research from the St. Louis Fed.

The average millennial family born in the 1980s had amassed a median net worth of only $23,200 by 2016, 34% less than expected, and a median income of $51,200, 3% below projections, researchers at the St. Louis Fed's Center for Household Financial Stability found.

Those without college degrees fared even worse. Their income was 9% below expectations and their wealth was 44% lower. Likewise, black and Hispanic millennials typically have less wealth and income than their white peers.

More recent Federal Reserve data from 2019 shows that the average wealth of millennials has never reached the level of Generation X at the same age, said William Emmons, the center's lead economist, though their incomes and retirement savings rates have improved.

Student loans are part of the issue. Young families had $1,415 in education debt, on average, in 1989, according to an Urban Institute calculation of Federal Reserve data, which looked that those age 18 to 29. That burden soared to $13,039 by 2016.

Another reason millennials are less wealthy than prior generations were at their age is they have lower rates of homeownership, which is often key to building net worth.

Only 43% of millennial households owned homes in 2016, compared to 51% of Generation X at the same age and 49% of Baby Boomers, according to a Government Accountability Office study of Federal Reservedata published in December.

The coronavirus pandemic, which led to the loss of more than 20 million jobs in April alone as states mandated residents to stay home and non-essential businesses to close, threatens to set millennials back even more.

"Young families are going to be put under a lot of pressure through this experience," said Reid Cramer, a senior fellow at New America who directed the think tank's Millennials Initiative.

The fresh hit from coronavirus

Brianna Garcia had hoped to land a better-paying job this spring, but the positions she applied for disappeared after the coronavirus arrived in the US. While she's still employed as an administrative assistant in a medical clinic and her hometown of San Antonio, Texas, doesn't seem to have been hit as hard economically, the 26-year-old is worried that she'll face even more competition once businesses open up again.

"There's already too much to go against under normal circumstances, on top of this added pressure of the pandemic and the economy and the shakiness of it," said Garcia, who was the first in her family to graduate college but can't afford to move out of her parents' home. "I don't really know what's going to happen to me."

Those who have good jobs want to make sure they keep them. The prospect of a deeper downturn and slow recovery is prompting new rounds of layoffs beyond the initial cuts at restaurants, bars, hotels and entertainment venues.

Though he's telecommuting now, Scott Larsen is putting in extra hours and getting involved in additional projects at his job as a marketing manager for a health and beauty company. He's trying to make himself as vital as possible to his employer, who traditionally did not allow staffers to work remotely.

Still, he feels the economic turbulence caused by the pandemic is further delaying him in pursuing career advancement, saving for the future and buying a home. It's a sharp contrast with his parents, with whom he lives in Payson, Utah. Though they are retired, they continue to feel secure financially.

"I wasn't exactly in an ideal place starting out and now I'll just be treading water," said Larsen, 29. "Now is not the time to be asking for a raise."

Millennials, however, have some factors working in their favor. They are more educated than previous generations and still have time to build wealth and earnings, as Gen X did after the Great Recession.

Those born in the 1970s are now on track in terms of income, and while their net worth remains below expectations, it increased greatly in the years after the financial crisis.

"They were lucky in that they were young enough to really redouble their efforts and try to recover," Emmons said.

For Sarah Clinton, the coronavirus outbreak has meant new opportunities. A social worker, Clinton had long thought about taking on some private patients but was typically too tired after driving up to four hours a day for her main job counseling the homeless.

Now, however, the Waltham, Massachusetts, resident is working from home and has extra time on her hands. Plus, there's more of a need for therapists these days because so many Americans are wrestling with depression and anxiety amid the pandemic. So she's joined a practice and will see several clients a week via telehealth.

The massive shift to telecommuting sparked by the coronavirus may lead to even bigger changes in Clinton's life. She and her husband have wanted to buy a house but couldn't afford any in an area reasonably close to their jobs. Now that both are working from home, they realize they may be able to explore less expensive neighborhoods that are farther away.

"Maybe living out in the middle of nowhere is okay, maybe we could telework," said Clinton, 35. "I'm feeling like we can dream a little bit more. There are more possibilities."