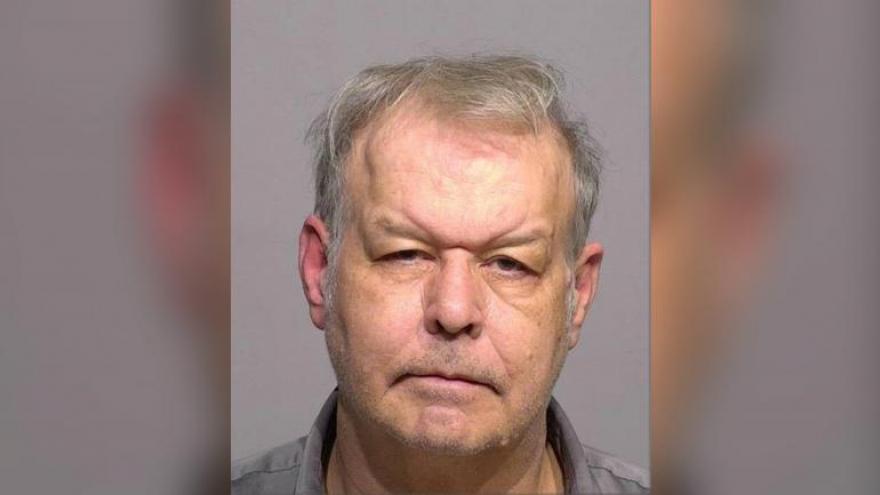 (CNN) -- Clifton Blackwell, the Milwaukee man charged with a hate crime in Wisconsin circuit court in 2019 for throwing acid on a US citizen born in Peru, was sentenced Wednesday to 10 years in state prison, court records show.

The victim, Mahud Villalaz, suffered second-degree burns in November 2019 after Blackwell threw acid on him. Villalaz, who emigrated from Peru in 2001 and became a US citizen in 2013, told police his attacker accused him of invading the United States.

Blackwell was convicted in April of first-degree reckless injury with a hate crime enhancement. Blackwell is White and Villalaz is Hispanic.

The court sentenced Blackwell to a maximum term of 15 years -- 10 years in prison followed by five years of supervised release -- with credit for 117 days served in jail. According to court records, conditions for Blackwell's extended supervision include having no contact with Villalaz; having no contact with firearms; and a mental health evaluation, while also taking "all prescribed medications and comply with any recommended treatment."

Craig Mastantuono, an attorney for Villalaz, said his client was thankful for the conviction and sentence.

"He hopes that Clifton Blackwell comes to realize what he did was wrong and that racial violence and hatred of immigrants have no place in America, a country of immigrants," Mastantuono said in a statement. "As we saw in the tragic killings in Buffalo this week, hate crime is real and rising in our country, stoked by political leaders and media personalities who spread fear of others and encourage people to act out. That happened here, and is happening across the country."

In court Wednesday, Blackwell said, "He still scares me very much. I regret that it all happened," according to video recorded by WISN.

Blackwell's attorney, Michael Plaisted, told CNN the sentence was what he expected.

"But I don't think he should have gotten that many years under these circumstances," Plaisted said. "But I think that the dynamic of the hate crime allegation and the uproar in the community led to it."

The attorney said he had filed paperwork with the state to signify an appeal could happen, but another attorney would handle any potential motions.

The criminal complaint says Blackwell yelled at Villalaz for parking his truck too close to a bus stop.

"The defendant then stated, 'Why did you invade my country?' and 'Why don't you respect my laws?' " the complaint says.

Villalaz moved his truck, the complaint says, and Blackwell yelled "Why did you invade my country?" again. He told Villalaz to "Go back, go back (expletive)," and called Villalaz an "illegal," Assistant District Attorney Alex Mueller wrote in the complaint.

Villalaz said he called Blackwell a "racist (expletive)" and said all Americans came from somewhere else, the complaint says.

The attack was recorded on a surveillance camera.