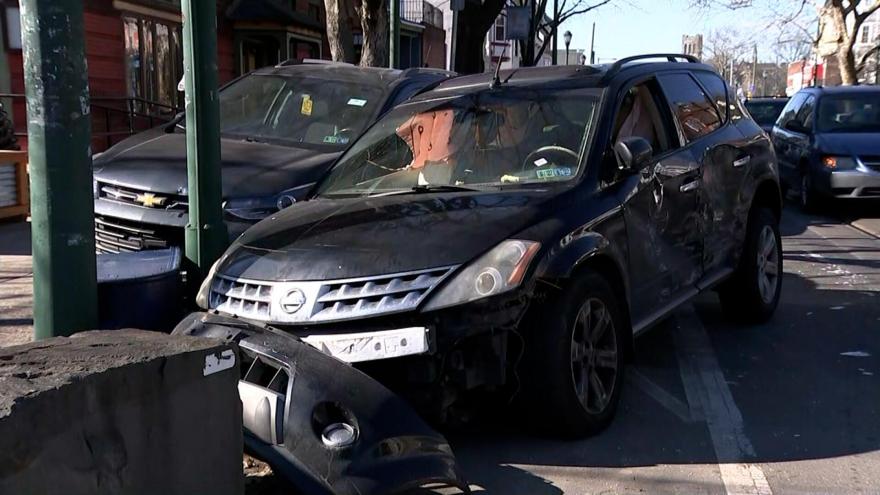 A Philadelphia police officer was dragged by a vehicle for five blocks as a driver attempted to flee, police said, before the vehicle crashed.

(CNN) -- Investigators believe there are multiple suspects in the shooting of six people who were found dead this week in a Wisconsin home, Milwaukee Police Chief Jeffrey Norman said Thursday in a news conference.

Four persons of interest -- all adults -- are in custody, Norman said. No criminal charges have been referred, he said. None of the people was named publicly.

"We're still trying to determine what their involvement was, if any, with this homicide," Norman said.

On Sunday afternoon, the bodies of the five men and one woman were discovered in a Milwaukee home when police were called to assist with a wellness check.

The mass shooting was likely a targeted attack, Norman said, and the public is not in danger. The incident did not appear to be a murder-suicide, but the motive was not clear, he said.

Milwaukee, one of the country's 40 most populous cities, has recorded more homicides in 2021 than any other year on record, according to a CNN analysis of police department data. It was the second year in a row that the city set a homicide record, a police spokesman confirmed to CNN.

Investigators are looking into a 911 call related to the killings, though the call was not attributed to the address where the bodies were found, Norman said.

"This 911 caller claimed that she was a victim of a shooting and that multiple other people were shot," Norman said. The caller gave two different addresses, but neither was on the block where the shooting occurred, he said.

"The call was received approximately 12 hours prior to the discovery of the victims," Norman said.

Officers went to both locations but did not find any evidence of a shooting and could not make contact with the caller, he said.

They eventually found the caller and determined she was not injured in a shooting, but "her connection to this incident still remains under investigation," the chief said.

Norman declined to answer if the 911 caller is one of the four persons of interest in custody.

Anyone with information about this case should come forward, Milwaukee Mayor Cavalier Johnson said at Thursday's news conference.

"I'm certain that there's somebody out there, somebody who knows something, who's seen something, who can say something to help us in this issue where there was a mass shooting and six people in our city were left dead," he said.