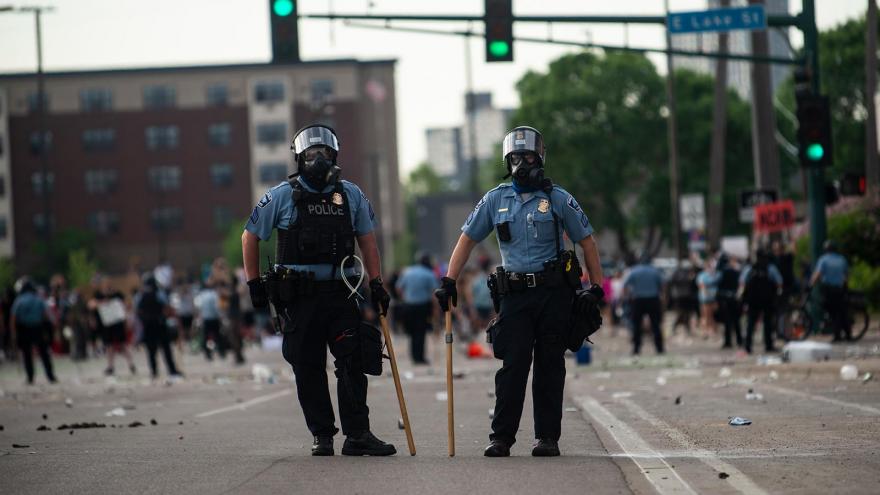 The Minneapolis City Council officially moved to dismantle its police force and replace it with a department of community safety and violence prevention in the wake of the police killing of George Floyd.

(CNN) -- The Minneapolis City Council on Friday officially moved to dismantle its police force and replace it with a department of community safety and violence prevention in the wake of the police killing of George Floyd.

The unanimous vote approving a proposed charter amendment represents a first step in a complicated process that includes a review by a public commission before the measure could ultimately end up in the hands of voters at the November ballot.

"This is one action of many that we need to take on the road to a more equitable and just system that keeps people safe."

The proposed change to the charter also faces a review by a council policy and oversight committee next month. The charter commission has at least 60 days to review and make a recommendation to the council.

The statutory deadline for submitting questions on the November 3 ballot is August 21, giving voters a final say on the matter.

"I hope that the Charter Commission will recognize the moment we are in and take our offer of support, however we can provide it, to expedite this process so that voters have a chance to have their voices heard on this important question and this important moment in our city's history," Council President Lisa Bender said.

The council earlier this month announced its intent to disband the city's police force in favor of a different model following weeks of unrest over Floyd's killing.

Four former Minneapolis police officers are awaiting trial in connection with the death of the unarmed African American man, whose videotaped killing led to protests and a slew of policing reforms across the nation and abroad.

The police department has faced intense scrutiny since he died after an officer pressed his knee on Floyd's neck for nearly eight minutes. Three other officers stood by as bystanders yelled at them.

Bender said the measure was "one step in a direction to create safety for every single resident of our city."

"It's a structural change that allows us to invest in a holistic approach to safety, using evidence-based strategies, using the brilliance and expertise of our staff from all different disciplines, with all different kinds of experience," she added.

If approved, the newly created department of community safety and violence prevention could include a division of law enforcement services with "licensed peace officers," according to the proposal.

Police Chief Medaria Arradondo has pushed reforms and withdraw from contract negotiations with the police union in an attempt to facilitate change. He has cautioned that conversations about defunding or dismantling the department "have to be thoughtful, they have to be mindful, they have to be based in fact."

"If it's totally driven by emotion, lives could be at stake as well," he said.

Minneapolis Mayor Jacob Frey also has said he does not support abolishing or defunding the department, preferring instead what he calls "massive structural reforms" in policing.