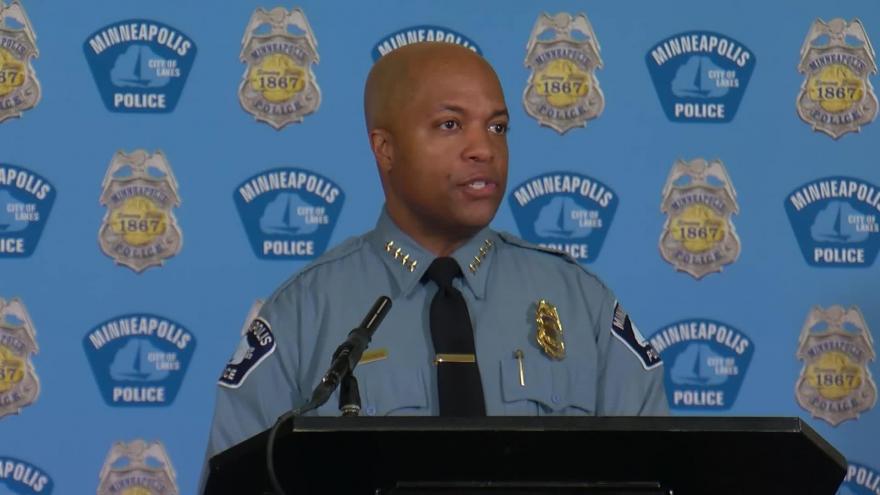 (CNN) -- Minneapolis police Chief Medaria Arradondo says a "gut wrenching" meeting with the family of George Floyd reaffirmed his resolve to make reforms within the department.

"I looked them in the eye and I said, 'I'm sorry.'" He told them that Floyd's death was not in vain, the chief said Wednesday.

"The Floyd family will lead me forward in the days ahead, in the weeks ahead for this important work," Arradondo told CNN.

Hours after announcing that the department was withdrawing from contract negotiations with the police union, Arradondo said Floyd's death set his agency back and he's committed to "transformative change."

"There are certainly parts within the policing agencies across this country that are broken and in (the) Minneapolis police department there are areas that we must change and must get better," he said.

Earlier Wednesday, Arradondo said he is immediately withdrawing from contract negotiations with the police union -- the Minneapolis Police Officer Federation -- in an attempt to facilitate change within the department.

He is set to bring in advisers to review how the contract can be restructured to "provide greater community transparency and more flexibility for true reform."

"We don't just need a new contract with the police," Frey said in a statement. "We need a new compact between the people of Minneapolis and the people trusted to protect and serve -- and we need to go farther than we ever have in making sweeping structural reform."

Arradondo said he wants to shape a "new paradigm of peacemaking" and will be able to have a police department that the community views as "legitimate, trusting, and working with their best interest at heart."

In addition, the department will use data analysis on performance data to find early warning signs of misconduct. The chief said that data and automation will allow the department to intervene with officers engaged in problematic behavior.

Arradondo said that he recognizes parts of the police department are broken and brought attention to it several years ago.

After members of the Minneapolis City Council said they intend to defund and dismantle the police department in the wake of Floyd's killing, Arradondo encouraged officials to be thoughtful.

Lack of experience is no excuse in Floyd's killing, chief says

The chief has rejected the idea that the two officers who lacked experience on his force are less culpable in Floyd's killing, saying Floyd "was expecting humanity" that he did not get that day.

The four officers on scene when Floyd was killed on May 25 have all been fired and charged criminally, and Arradondo has said they were "complicit" in his killing.

But Arradondo said that lack of experience did not absolve them of their responsibility.

"When I helped craft the duty to intervene and duty to report (policies) in 2016, it does not signify if you have two days on or 20 years on. We expect you to, whether it's verbally and physically, to call out for help and intervene. Mr. Floyd was certainly expecting that," he said.

"I don't believe that during Mr. Floyd's encounter with the officers that he knew the years of service those employees had on, but he was expecting humanity that day, and it was not (provided)."