Minnesota pipeline a step closer to being replaced 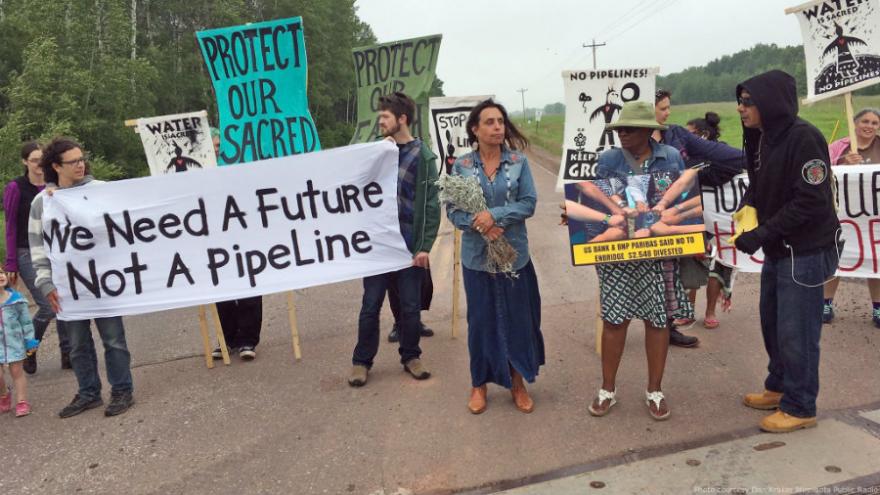 (CNN) -- Environmental and Native American groups in Minnesota are gearing up to thwart the replacement of an aging pipeline that crosses the state.

The Minnesota pipeline at the center of this latest battle is a replacement for an existing pipeline called Line 3. Built in the 1960s, Line 3 transports crude oil 1,097 miles from Edmonton, Alberta, across northern Minnesota to Superior, Wisconsin.

In late June, state regulators unanimously approved the replacement of the pipeline.

The company that operates the pipeline, Enbridge Energy, says the old pipeline needs to be replaced for safety reasons.

Enbridge said it has reduced the amount of oil flowing through the pipeline because of corrosion and other defects in the decades-old pipe. The replacement will allow them to transport more oil and address the safety concerns, the company said.

Yet, the proposed new pipeline -- which was deemed "needed" in late June by the Minnesota Public Utilities Commission (MPUC) -- follows a different route that tracks farther south to its terminal in Wisconsin.

Native American and environmental groups are concerned about the new pipeline's potential impact.

Bill Paulson, a member of the Ojibwe tribe who lives on the White Earth reservation near the proposed Line 3 route, views himself as a "water protector" -- not a protester -- and says this fight is about "protecting the last resources we have."

Paulson, who traveled to fight the DAPL and support the Standing Rock Sioux, says the proposed new pipeline crosses wild rice beds that are part of the creation story of his people.

"They're bringing highly toxic, highly poisonous tar sands oil directly through major watersheds and the last standing reserve of wild rice that the Ojibwe have to harvest," Paulson said. "Our culture is the wild rice and gathering and being out in the woods. If there's a threat to that, then there's a direct threat to the people."

"Enbridge is currently working with tribes on cultural resource surveys along the entire proposed route -- this is work that we know is important to tribes, and is important to us to understand to make our project better," Barnes said in an email to CNN.

Despite the MPUC's ruling that the pipeline is necessary, the Line 3 replacement is far from a done deal.

Enbridge still must apply for 29 required federal, state, and local permits before they can begin construction, which could take months, a point that Minnesota Gov. Mark Dayton pointed out in a recent statement.

"I assure that state agencies will fully uphold those high standards, as they review these applications," Gov. Dayton said. "Construction cannot and will not begin, unless Enbridge receives all required permit approvals."