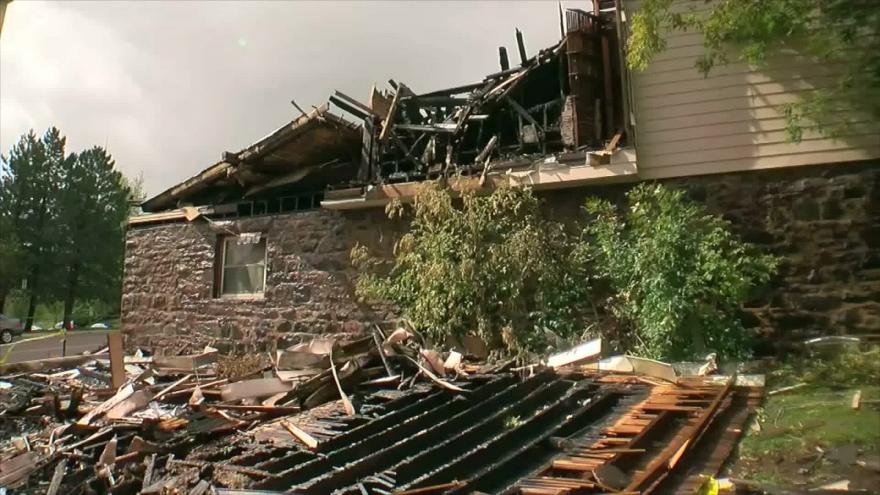 (CNN) -- Minnesota officials said Friday that a person was arrested in connection with a fire that destroyed a 119-year-old synagogue.

Adas Israel Synagogue in Duluth, about 155 miles northeast of Minneapolis, caught fire early Monday morning, according to CNN affiliate WCCO-TV. The fire left the synagogue in ruins, but WCCO reported that firefighters were able to save several religious relics like eight Torah scrolls that are important to the congregation.

Duluth spokesperson Kate Van Daele told CNN Friday the fire was an arson, but investigators told WCCO it is unclear how the fire started.

No other details on the person arrested were provided Friday evening by officials.

Duluth Police Chief Mike Tusken said earlier this week there is no indication there is a threat to other places of worship.

Duluth's fire and police departments will hold a press conference with updates on the fire Sunday at 11 a.m.

Adas Israel Synagogue is one of two synagogues in the Duluth Jewish community, according to the St. Paul Jewish Federation. It is an Orthodox/high conservative congregation with 75 members.