Minority corrections officers allege they were barred from guarding Derek Chauvin, who is accused in George Floyd's death 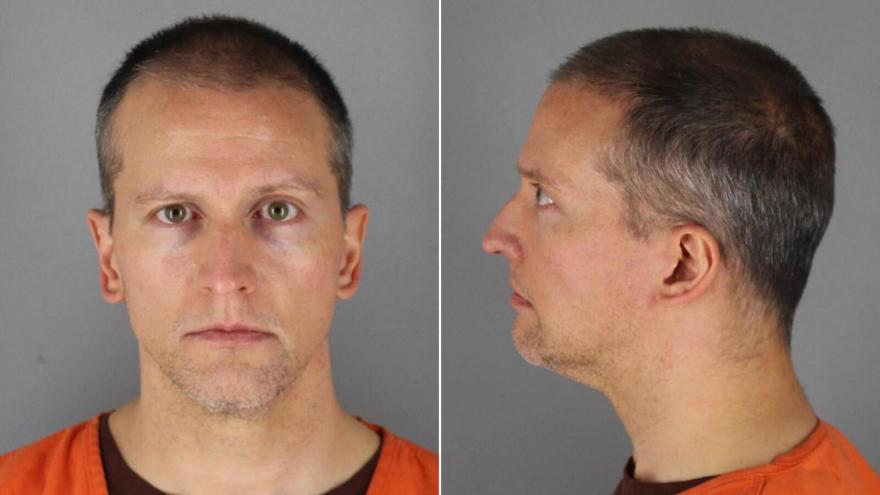 Eight minority corrections officers at a Minnesota county jail are suing Ramsey County, alleging they were briefly barred from working near the area former Minneapolis officer Derek Chauvin was being held because of the color of their skin, according to court documents obtained by CNN affiliate WCCO.

(CNN) -- Eight minority corrections officers at a Minnesota county jail are suing Ramsey County, alleging they were briefly barred from working near the area former Minneapolis officer Derek Chauvin was being held because of the color of their skin, according to court documents obtained by CNN affiliate WCCO.

The officers' civil suit follows discrimination charges they filed with the Minnesota Department of Human Rights in June.

Chauvin is accused of second-degree unintentional murder and second-degree manslaughter in the death of George Floyd, a 46-year-old Black man who was seen on video in May pleading he couldn't breathe as Chauvin kneeled on his neck -- words that became a rallying cry for demonstrations against police brutality over the summer.

In their lawsuit, the officers allege that the Ramsey County Adult Detention Center prohibited them from "interacting with or guarding Chauvin," who is White, "or going anywhere" on the floor where he was held. That order was given by the detention center's superintendent, Steve Lydon, the lawsuit says.

"Lydon refused to allow Plaintiffs to complete their professional responsibilities because of their race and the color of their skin," the lawsuit says. "Plaintiffs' reassignment and Lydon's blatant discrimination broke the trust between employees and management."

The lawsuit says that "after some time," Lydon met with the affected corrections officers and "denied he was racist and defended his decision" but said he had changed his mind about the order.

In a statement following the initial discrimination charges, Lydon expressed regret in his decision to briefly bar the officers from those areas.

"Recognizing that the murder of George Floyd was likely to create particularly acute racialized trauma, I felt I had an immediate duty to protect and support employees who may have been traumatized and may have heightened ongoing trauma by having to deal with Chauvin," Lydon said at the time.

"Out of care and concern, and without the comfort of time, I made the decision to limit exposure to employees of color to a murder suspect who could potentially aggravate those feelings."

Lydon said at the time he reversed his decision within the hour.

"I then met with the individuals that were working at the time and explained to them what my thought process was at the time and assured them that the decision was made out of concern for them and was in no way related to a concern regarding their professionalism or Chauvin's safety," he added. "I realized that I had erred in judgment and issued an apology to the affected employees."

Ramsey County spokesman John Siqveland released a statement on Wednesday on behalf of the county board of commissioners.

"Beginning in July 2020, the Ramsey County Board and the Sheriff participated in voluntary mediation with the officers and their counsel in an effort to resolve their claims.

"Unfortunately, the parties were unable to achieve a settlement. Now that the officers have decided to pursue a lawsuit in state court, the County Board will follow their customary practice of withholding public comment during pending litigation," the statement said.

CNN has reached out to Lydon about the new civil lawsuit but has not heard back.