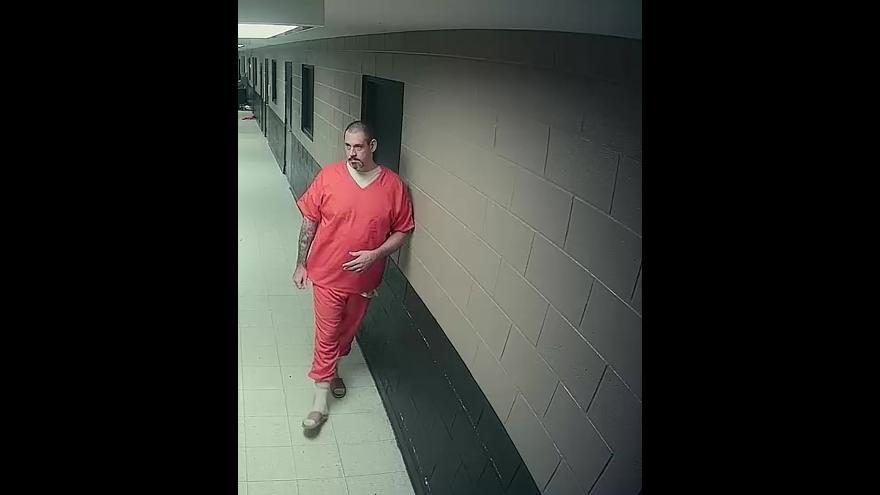 Casey White was serving 75 years for a series of crimes and was awaiting a capital murder trial before he escaped jail with corrections officer Vicki White.

(CNN) -- A missing Alabama corrections official accused of helping a murder defendant escape from jail last week had a nonphysical "special relationship" with him that included allowing him privileges while incarcerated, a sheriff said Tuesday.

The relationship between Vicky White, an assistant director of corrections for northwestern Alabama's Lauderdale County, and the now-fugitive Casey White was confirmed in part through tips from inmates at the county detention center, Sheriff Rick Singleton told CNN.

"We have confirmed through independent sources and other means that there was in fact a relationship between Casey White and Vicky White outside of her normal work hours -- not physical contact, but a relationship of a different nature," Singleton said.

"We were told Casey White got special privileges and was treated differently while in the facility than the other inmates," Singleton said.

Authorities are looking for both Vicky White and Casey White, who are not related, after the corrections officer on Friday morning left the Lauderdale County detention center with the 38-year-old inmate while he was handcuffed and shackled in her patrol car, the sheriff said.

A warrant has been issued for Vicky White's arrest on charges of permitting or facilitating escape in the first degree, Singleton said Monday.

Vicky White said she was taking Casey White to a courthouse for a mental health evaluation and would then go get medical care because she wasn't feeling well. Authorities later discovered no hearing or evaluation was scheduled for Casey White that day, and Vicky White never arrived at the medical facility. Her patrol car was found abandoned Friday morning in a shopping center's parking lot, less than a mile from the detention center.

The situation has left Vicky White's co-workers in shock. The day she disappeared was to be her last day at work after nearly two decades with the department, Singleton has said. She submitted her retirement paperwork last week, sold her home about a month ago, and had thought about moving to the beach, he added.

"All of her co-workers are devastated. We've never had any situation like this with Vicky White. She was a model employee," Singleton told CNN's Ryan Young on Monday. Previously, Singleton had said the corrections official had "an unblemished record" and was "an exemplary employee."

"If she did this willingly, and all indications are that she did ... I guess we're trying to hold on to that last straw of hope that maybe for some reason she was threatened and did this under coercion, but absolutely you'd feel betrayed," Singleton said.

Lauderdale County District Attorney Chris Connolly told CNN he worked with Vicky White almost daily for 17 years and last spoke with her the day before she disappeared.

"I would have trusted her with my life," he said. "I am so disappointed in her. She was trusted and she exploited that trust."

Vicky White had been living with her mother for the past five weeks after selling her home, but never mentioned her retirement or Casey White, the mother, Pat Davis, told CNN affiliate WAAY. "I never heard of him, never seen his picture, nothing. I didn't know anything about him," Davis told the outlet.

Pat Davis said she is in disbelief about the situation and wants her daughter to come home.

"We don't know if she was took by force or if she was voluntarily in this. But we just want her back, that's all we want," Pat Davis told WAAY.

Sheriff: 'I'd be surprised if they're still in Alabama'

Video shows Vicky White's patrol car stopped -- about eight minutes after leaving the jail -- at an intersection about two blocks from the shopping center parking lot where it would be found abandoned, Singleton said.

That indicates the car was driven straight to the parking lot, and the driver never attempted to go to the courthouse, the sheriff said.

But the video doesn't show what happened after the car arrived at the parking lot.

Singleton told CNN he believes the pair left the lot in a second vehicle -- perhaps transferring to a vehicle that was staged there or being picked up by someone.

The US Marshals Service said Tuesday the pair was last seen on April 29 in Rogersville, Alabama, in a gold/copper 2007 Ford Edge with unknown Alabama plates.

"I'd be surprised if they're still in Alabama," the sheriff said. He noted officials at the Mexican and Canadian borders have been notified of the search.

Vicky White would have money from the recent sale of her home, but her retirement fund paperwork had not yet been processed, Singleton said.

Casey White is 6-foot-9 and while he may have changed his appearance since leaving the jail, his height will still make him stand out, US Marshal Marty Keely said Monday.

The inmate and officer should be considered dangerous and may be armed with an AR-15 rifle and a shotgun, Marshals said in a Tuesday news release.

He was serving 75 years in prison for a series of crimes in 2015, including a home invasion, carjacking and a police chase, according to the Marshals Service.

He was transferred from a state prison to Lauderdale County's detention center on February 25 to attend court hearings on two capital murder charges he faces related to the 2015 stabbing death of 59-year-old Connie Ridgeway, the Marshals Service said.

He confessed to the crime in 2020 then pleaded not guilty, according to Lauderdale County District Attorney Chris Connolly.

"We're assuming he's armed because she was armed," Singleton said of Casey White. The sheriff warned people not to approach the inmate if they see him and to call police instead.

In 2020, while Casey White was being held in Lauderdale County's detention center, authorities learned he planned to escape the jail and take a hostage, Singleton said.

"We shook him down, and we did find a shank in his possession -- a shank is a prison knife. And we retrieved that. We immediately had him shipped back to the Department of Corrections," Singleton said Monday.

The jail already had a policy mandating two sworn deputies accompany inmates at all times, including during transportation to the courthouse -- but "we emphasized that policy with him," Singleton said.

Vicky White violated the policy by leaving the jail alone with Casey White, but since she was second-in-command at the facility other officers didn't push back, Singleton said. "Being the boss and over the transport, she just informed the booking officer that she was going to carry him to the courthouse and drop him off, which was a flagrant violation of policy. But I'm sure because it was her boss, the booking officer didn't question it," he noted.

As part of her job, Vicky White "was frequently throughout the cell blocks, has contact with all the inmates at one time or another," Singleton said. "But as far as a romantic relationship or something like that, we have no evidence or proof that that was the case, although it's a possibility," he added.

Correction: An earlier version of this story included the wrong age for Connie Ridgeway; she was 59 when she died.