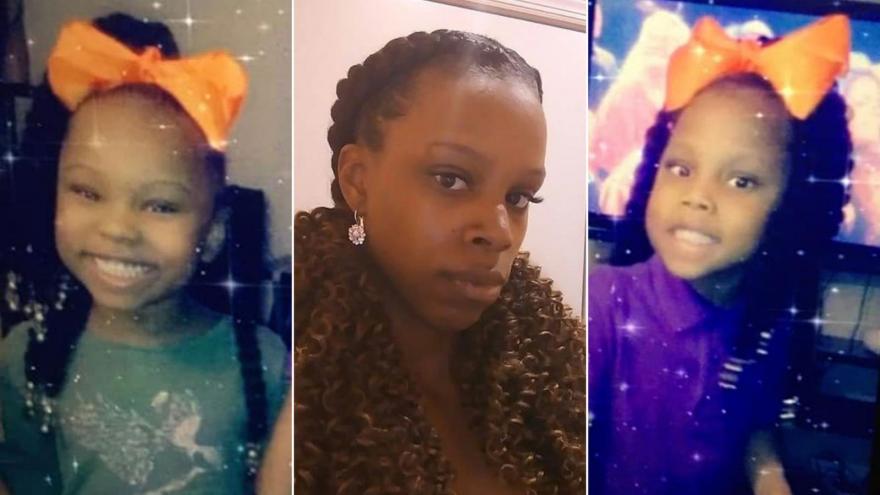 An Amber Alert was issued for Amarah Banks, 26, and her daughters Zaniya Ivery, 5, and Camaria Banks, 4, after Banks was reported missing by her family. All three were found dead.

(CNN) -- A Milwaukee woman and her two daughters, who went missing earlier this month, were found dead in a garage Sunday, authorities said.

An Amber Alert was issued Thursday for Amarah Banks, 26, and her daughters Zaniya Ivery, 5, and Camaria Banks, 4, after Banks was reported missing by her family on February 9.

All three were found dead Sunday. Autopsies are scheduled for Monday, the Milwaukee Medical Examiner said on Twitter Sunday.

Ivery, 25, is being held in Memphis on a charge of fugitive from justice without a warrant, according to Shelby County Jail records. He has not been charged in connection with the deaths, Morales said.

The Memphis Police Department called Milwaukee police Saturday to tell them that they had been in contact with Ivery, Morales said.

Investigators interviewed him and received information that led them to the garage in Milwaukee where Banks and the girls were found, Morales said.

It is unclear if Ivery has legal representation at this time.

Banks and her children were last seen on February 8, Milwaukee police said.

"She's just the kind of person that's very consistent," Spinner-Banks said. "For her not to get in contact with us, and not to let us know that something is wrong."

Ivery is scheduled to appear in court on Monday at 9 a.m., according to the jail website.