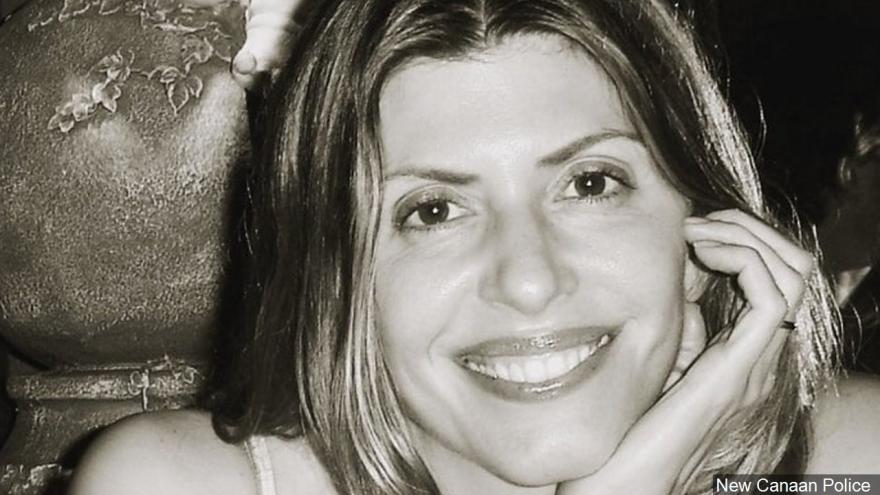 (CNN) -- A missing Connecticut woman told her nanny that her husband tried to hit her with his vehicle more than two years before he was charged with killing the mother of five, newly unsealed search warrants allege.

In the documents obtained by CNN on Wednesday, the couple's nanny said she heard "commotion" outside the residence in June 2017. When she went out to the driveway to check, she found Jennifer Dulos crying, she said. Dulos told the nanny her husband, Fotis Dulos, had "just tried to run her over with a vehicle," the warrants say.

Jennifer Dulos was last seen in May after she dropped her kids off at school in New Canaan, Connecticut. Last week -- just over seven months after she disappeared -- her husband was charged with murder, felony murder and kidnapping. His ex-girlfriend along with his former attorney each face a charge of conspiracy to commit murder.

Fotis Dulos has denied he had anything to do with his wife's disappearance. No pleas have been entered on the murder and conspiracy charges.

What the nanny says she saw

The nanny's details on their volatile relationship were part of hundreds of pages of previously undisclosed documents. In the warrants, prosecutors detailed the husband's behavior toward Dulos that included allegations he chased her around the house and said she belonged in an asylum.

In one incident, according to the search warrants, the babysitter saw Fotis Dulos chasing his wife through the house in the summer of 2017. She dashed into the bedroom the nanny and one of the Dulos children were in and slammed the door. She then leaned against the door as her husband tried to open it -- before he realized there were other people in the room and seemed to calm down, the documents said.

The nanny "said Jennifer did not want to call the police as she was very afraid of her husband and he threatened to take the children permanently to Greece," New Canaan officers wrote in the warrants.

What officers found at the scene

Officers received a report that Jennifer Dulos was missing on May 24 last year. Friends reported her disappearance after she failed to show up for appointments and they hadn't heard from her for 10 hours.

When investigators arrived at her home,they saw blood stains on the garage floor, garbage cans and a car parked in the garage. It appeared that someone tried to clean the spatters on the concrete floor, the documents allege.

The New Canaan Police Department initiated a search of the area and found a Chevy Suburban registered to Jennifer Dulos three miles from the house. But she was nowhere to be found.

Investigators later found her blood mixed with her husband's DNA in her kitchen, a prosecutor has previously said.

At nearly the same moment Jennifer Dulos was reported missing, surveillance cameras captured someone matching her husband's description getting out of his truck and putting garbage bags in various trash receptacle in the Hartford area, prosecutors have said. Search warrants say Michelle Troconis identified the man in still images from the surveillance video as Fotis Dulos, and confirmed that she was the woman pictured. She confirmed they stopped to discard bags multiple times, the warrant says, but she denied knowing the contents of the bags.

Detectives later recovered clothing and household goods from trash receptacles with her blood on it. They checked trash receptacles shown on surveillance and found garbage bags consistent with those shown on video, the documents allege.

The bags contained women's clothing, plastic zip-ties and a white T-shirt -- all with stains that appeared to be blood, according to the documents.

In addition, they found items with blood-like stains, including a utility knife, a bath towel, and cleaning items such as a kitchen sponge.

Dulos and his ex-girlfriend, Michelle Troconis, were released on bond after their charges this month, and will remain under house arrest with ankle monitors. The status of his friend and former attorney, Kent Mawhinney, is unclear.

Kevin Smith, one of the attorneys representing Fotis Dulos, declined to discuss the case due to a gag order.

"We are looking forward to the process of now defending this case going forward in court," he said.

Officials have said Jennifer Dulos died around 8:30 a.m the day she went missing. Her cell phone has no reported activity since the morning she disappeared and her last financial activity was before she was last seen.

Her body has not been found.