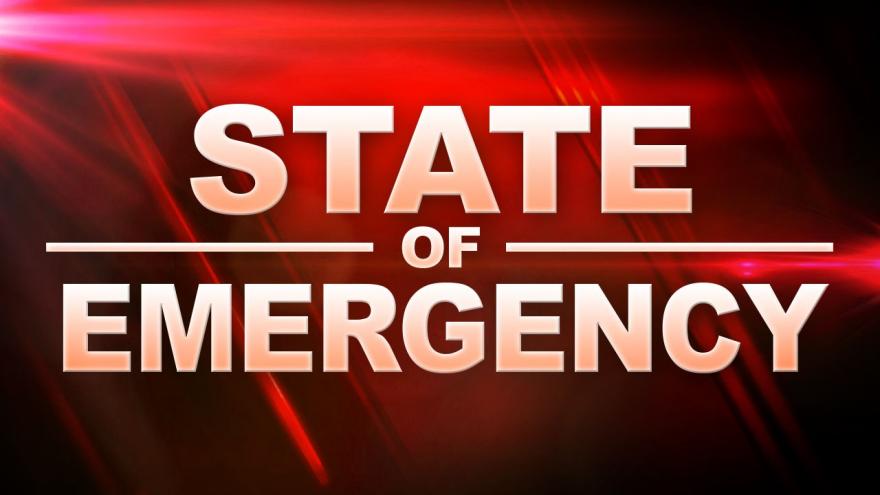 By HEATHER HOLLINGSWORTH The Associated Press

Parson's action will allow state agencies to work directly with local officials responding to flooding. Parson, along with the state's Emergency Management Agency director and other officials, plan to meet with local leaders and survey damage Thursday.

"The rising floodwaters are affecting more Missouri communities and farms, closing more roads and threatening levees, water treatment plants and other critical infrastructure," Parson said in a statement. "We will continue to work closely with our local partners to assess needs and provide resources to help as Missourians continue this flood fight and as we work to assist one another."

The Missouri River has swelled following heavy rains and snowmelt earlier this month. The flooding has claimed three lives, damaged thousands of homes and busted about 20 levees in Nebraska,Iowa and Missouri.

Missouri's emergency declaration comes after state water patrol troopers worked into the night Wednesday, pulling four people from homes and three others from a boat that ran out of gas around the small town of Craig. People stacked sandbags at a nearby water treatment plant in Forest City on Thursday, while another levee breach across the river from Atchison, Kansas, threatened two towns where most residents had already left.

The flooding in Craig began after yet another levee breach, and several homes were inundated with water. A local ethanol plant was also shut down amid the flooding.

Scientists say climate change is responsible for more intense and more frequent extreme weather such as storms, floods, droughts and fires, but without extensive study they cannot directly link a single weather event to the changing climate.

The U.S. Army Corps of Engineers said water was also flowing over several other levees, including one near Missouri's Bean Lake.

Deb Hooper, who lives near the lake, told KMBC-TV that she has been packing for a week and even removed the water heater, but she hopes to hold out.

"Last night, they came and told us it was, like, 2 inches (5 centimeters) below the levee," she said, adding that she was warned to leave but declined. "I'm, like, 'No, there ain't no water yet.'"

In southwest Iowa, barriers protecting about 2,300 people and thousands of acres of farmland simply weren't high enough to withstand the river, said Pat Sheldon, president of the Benton-Washington Levee District.

Sheldon told television station KNCY on Wednesday that the river levee "performed brilliantly for what it was designed to do, but it just sent more water at us than we had height." He said it took $150 million to repair his district's levees after flooding in 2011, but he estimates it could cost $500 million to do so after this year's disaster.

In Missouri, the river was expected to crest Friday in St. Joseph at the third-highest flood level on record. Water was filling a casino parking lot in the city, though only about half a dozen homes in the city aren't protected by a federal levee. Military planes were evacuated last week from nearby Rosecrans Air National Guard base.

The flooding has also taken a heavy toll on agriculture, inundating tens of thousands of acres, threatening stockpiled grain and killing livestock.

Nebraska's governor said his state has suffered nearly $1.4 billion in estimated losses and damage, including $840 million in crop and cattle losses. A damage estimate Thursday from the state's emergency management agency that compiled figures from county emergency managers put the damage at more than $640 million.

Members of the Nebraska Army National Guard used a helicopter Wednesday to drop 10 round hay bales to stranded cattle in various spots near Richland, which is about 80 miles west of Omaha.

Gov. Pete Ricketts also estimated that more than 2,000 homes and 341 businesses have been damaged or destroyed in Nebraska alone.