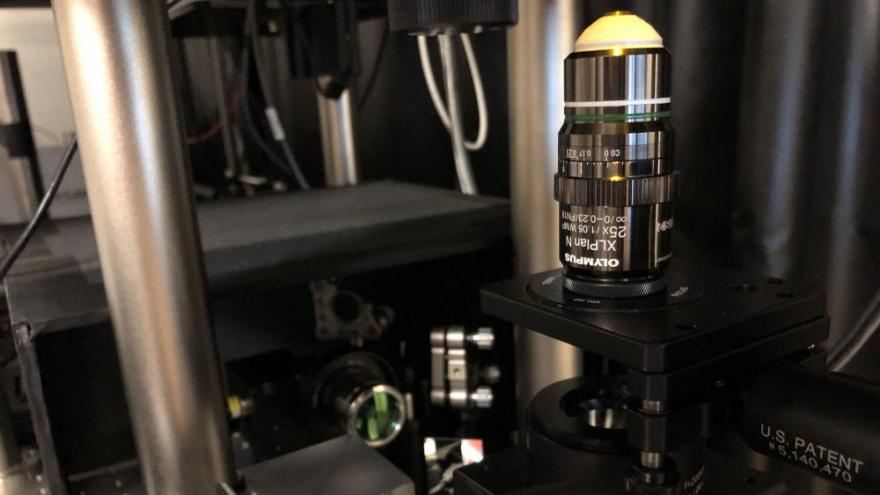 Some say bigger is better, but researchers at the Massachusetts Institute of Technology will tell you that when it comes to tech, smaller things are far more impressive.

(CNN) -- Some say bigger is better, but researchers at the Massachusetts Institute of Technology will tell you that when it comes to tech, smaller things are far more impressive.

This month, MIT researchers announced they invented a way to shrink objects to nanoscale -- smaller than what you can see with a microscope -- using a laser. That means they can take any simple structure and reduce it to one 1,000th of its original size.

The miniaturizing technology, called "implosion fabrication," could be applied to anything from developing smaller microscope and cell phone lenses to creating tiny robots that improve everyday life.

"People have been trying to invent better equipment to make smaller nanomaterials for years," said neurotechnology professor Edward Boyden, the lead researcher, in a statement. "There are all kinds of things you can do with this."

It's a far cry from "Honey I Shrunk the Kids," but the new method has plenty of cool real-world uses. For example, scientists are exploring ways to add tiny robotic particles to cancer drugs that can seek out only the cancerous cells. And forget microchips -- MIT says this technology could be used to develop even smaller "nanochip" electronics.

The best part? MIT's cutting-edge technique simply requires a laser and an absorbent gel (commonly used in baby diapers) -- materials that most biology and engineering labs already have.

Here's how it works: Using a laser, researchers make a structure with absorbent gel -- akin to writing with a pen in 3D. Then, they can attach any material -- metal, DNA, or tiny "quantum dot" particles -- to the structure. Finally, they shrink the structure to a miniscule size.

"It's a bit like film photography," explained graduate student researcher Daniel Oran. "A latent image is formed by exposing a sensitive material in a gel to light. Then, you can develop that latent image into a real image by attaching another material, silver, afterwards."

In fact, Oran is a trained photographer, and the project began in 2014 when he and graduate student Samuel Rodriques, who has a background in physics, decided to collaborate.

The team discovered the method by reversing a common technique, originally developed by Boyden to enlarge images of brain tissue. Called "expansion microscopy," that process involves injecting a material into a gel and then making it larger and therefore easier to see.

By doing the reverse, the researchers were able to make nanosized objects. Previously, similar laser techniques could only make two dimensional structures, and other methods for shrinking 3D objects were much slower and more difficult to perform in most labs.

"Normally, nanotechnology uses very expensive technology and requires sterile rooms ... but we didn't have to do that because of this scaffold that we used which protects the materials," Rodriques said.

The researchers say this technology could become easily accessible in the future; it's even something you could use at home or in a school because all the materials are nontoxic.

"It's pretty hard to imagine right now all the things we can make with this," Rodriques said.