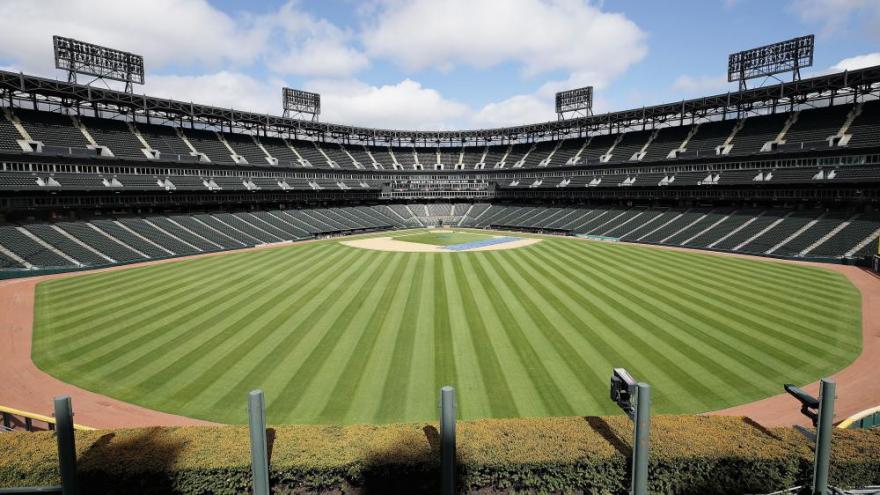 Major League Baseball (MLB) owners have finalized a plan that may allow the 2020 season to start on Fourth of July weekend, according to multiple outlets, including the New York Times and ESPN.

(CNN) -- Major League Baseball (MLB) owners have finalized a plan that may allow the 2020 season to start on Fourth of July weekend, according to multiple outlets, including the New York Times and ESPN.

The season, which was set to start on March 26, was delayed due to the coronavirus pandemic. MLB owners and league management have agreed upon an 82-game regular season, down from the traditional 162 games, according to the reports.

Spring training will begin in early to mid-June, and games would resume in early July in ballparks without fans, as long as state legislation and health officials allow, reports say.

In order to proceed with this unprecedented season, all the proposed ideas would need to be agreed upon by the Major League Baseball Players Association (MLBPA).

League and team leadership reportedly gathered for their weekly meeting on Monday to discuss plans to get back on the field and the safety and economic conditions that would need to be met to do so.

A March agreement outlined key financial terms regarding how much players would be paid in a shortened season.

Under the terms of the agreement, MLB players received a $170 million salary advance. In exchange for that advance, the MLBPA agreed not to challenge the loss of their 2020 salaries if the season were to be canceled and to accept prorated salaries if a partial season is played.

An excerpt of that agreement, provided to CNN, indicates that if MLB games cannot be staged in teams' home stadiums in front of spectators, the MLB and MLBPA agree to hold good faith discussions about the economic feasibility of playing games in the absence of spectators or at neutral sites.

MLB's position is that those discussions could include asking players to take further salary reductions.

"Players recently reached an agreement with Major League Baseball that outlines economic terms for resumption of play, which included significant salary adjustments and a number of other compromises," MLBPA Executive Director Tony Clark said in a statement.

"That negotiation is over. We're now focused on discussing ways to get back on the field under conditions that prioritize the health and wellbeing of players and their families, coaches, umpires, team staff and fans."

In March, all 30 major league teams committed $1 million each to help assist thousands of ballpark employees affected by the delay in start of the baseball season.