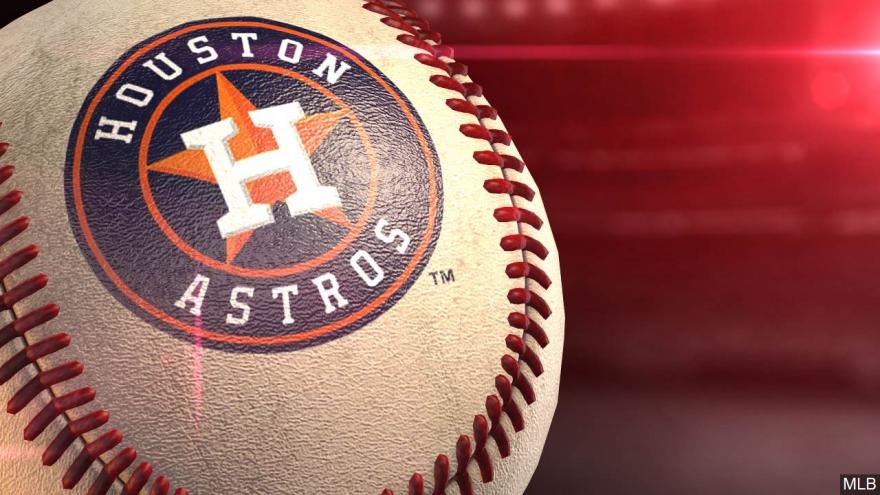 The suspensions last through the 2020 World Series and are among a series of MLB penalties from the sign-stealing probe.

The team must forfeit its regular first- and second-round selections in 2020 and 2021 drafts and pay a $5 million fine.

Sign stealing among teams is almost as old as the game itself. Base runners at second base have been known to relay pitch selection to hitters. But MLB rules prohibit the use of electronic devices to steal signs.

Taubman will be ineligible to work as an employee or independent contractor for any MLB team for the upcoming season, Manfred said. He can apply for reinstatement after the 2020 World Series, added Manfred.

How the scheme worked

The investigation stems from a report in November in The Athletic, a sports news website, in which former Astros pitcher Mike Fiers -- who now pitches for Oakland -- said he warned his new teammates that at the Astros' home games, Houston used an outfield camera fixed on the opposing catcher to steal signs and relay the information to hitters.

The MLB investigation found that at the start of the 2017 season, employees in the Astros video replay review room started using the live game feed from the center field camera to decode and transmit opposing teams' sign sequences to use when an Astros runner was on second base.

When the sign sequence was decoded, a player in the video replay room would act as a "runner" to pass along the information to the dugout, according to the findings.

A person in the dugout would notify players in the dugout or signal the sign sequence to a runner on second base. That runner would decipher the catcher's sign, and signal to the batter from second base, the investigation found.

Alex Cora, the then-bench coach, began calling the replay review room on the replay phone to get the sign information, the report said.

On occasions, employees in the replay review room communicated the sign sequence with text messages sent to a staff member on the bench with a smart phone -- or, in other instances, to a cell phone nearby, the investigation found.

This scheme was "originated and executed by lower-level baseball operations employees working in conjunction with Astros players and Cora," the report says.

There is no evidence Crane, the owner, was aware of the conduct, Manfred said in a statement.

Several months into the season, Cora arranged for a video room technician to install a monitor displaying the center field camera feed outside the Astros dugout.

The center field camera was allowed under MLB rules to be used primarily for player development.

According to witnesses, one or more players watched the live feed of the center field camera, and after decoding the sign, a player would "bang a nearby trash can with a bat" to communicate the upcoming type of pitch to the batter, the findings say.

"Witnesses explained that they initially experimented with communicating sign information by clapping, whistling, or yelling, but that they eventually determined that banging a trash can was the preferred method of communication," the report says.

Players sometimes used a massage gun to bang the trash can; one or two bangs usually meant certain off-speed pitches.

No bang meant a fastball, the report says.

Witnesses say the new scheme was "player-driven" and with the exception of Cora, the non-player staff in the video replay room were not involved.

Luhnow: 'I am not a cheater'

There is no evidence Luhnow knew of the banging scheme, nor evidence he devised or directed the efforts by the replay review room staff to decode and transmit signs, the report says.

There is "documentary and testimonial evidence" he had knowledge of the actions of the replay review room staff but that he "did not give it much attention," the findings show.

In a statement, Luhnow said he accepts "responsibility for rules violations that occurred on my watch."

"I am not a cheater. Anybody who has worked closely with me during my 32-year career inside and outside baseball can attest to my integrity," he said.

"I did not know rules were being broken," the statement said.

Hinch in a statement said he regrets "being connected to these events, am disappointed in our club's actions within this timeline."

He said: "It is my responsibility to lead players and staff with integrity that represents the game in the best possible way. While the evidence consistently showed I didn't endorse or participate in the sign stealing practices, I failed to stop them and I am deeply sorry."

He didn't devise the banging scheme or take part in it, the findings show.

He said he felt the conduct "was both wrong and distracting," and tried to show his disapproval by damaging the monitor on two occasions, the findings show.

Who else will be disciplined?

Many players interviewed admitted they knew the scheme was wrong because it violated league rules. Players said if Hinch told them to stop, they would have, the report says.

Some players told investigators that they did not believe the sign-stealing scheme was effective. "It was more distracting than useful to hitters," the report says.

Virtually all the players had some knowledge or involvement in the scheme, Manfred said, and he couldn't determine players' degree of involvement.

Many players now play for other teams, he said.

Cora, now the manager of the Boston Red Sox, was involved in developing the Astros' banging scheme and using the replay review room to decode and transmit signs, Manfred said.

Three unnamed sources with the Red Sox accused the 2018 team of illegally used a video replay room during regular-season games to decipher the signs of opposing catchers, The Athletic reported.

Manfred said in the findings that he would "withhold determining the appropriate level of discipline" for Cora until after the league completes its investigations that the Red Sox "engaged in impermissible electronic sign stealing in 2018 while Cora was the manager."

What this means for the Astros' World Series title

MLB didn't punish the Astros for beating the Los Angeles Dodgers in the 2017 World Series.

"I am neither in a position to evaluate whether the scheme helped Astros hitters (who were unquestionably a very talented group), nor whether it helped the Astros win any games," Manfred said.

"For three years we've wondered, and now we know," he wrote.

"They cheated, that's how," Plaschke wrote.