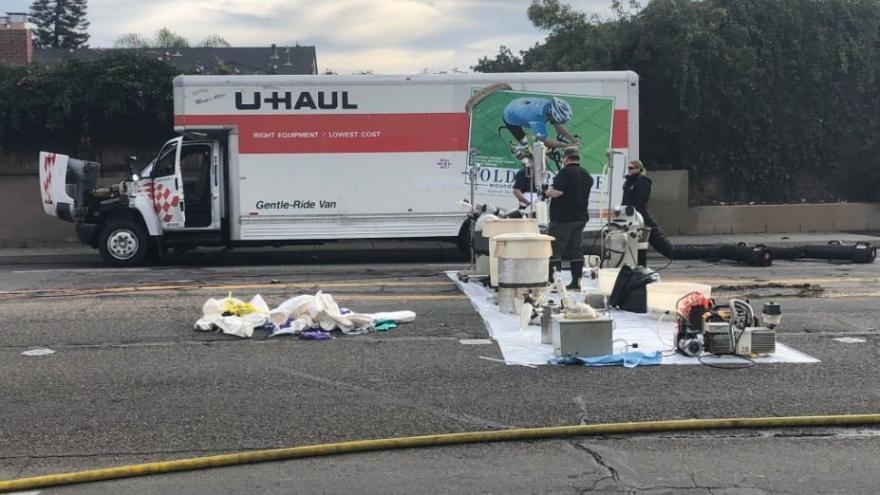 FULLERTON, Calif. (KCAL/KCBS) -- Two people were arrested after authorities allegedly discovered a mobile drug lab in the back of a U-Haul truck in Fullerton early Monday morning.

The incident began sometime before 2 a.m. on Brookhurst Road, near the 91 Freeway, when a U-Haul truck was spotted leaking fluids, according to Fullerton police. Responding officers then found what appeared to be a mobile drug lab operating in the truck.

Two people were arrested at the scene, California Highway Patrol said. The circumstances of the discovery and the names of the suspects were not immediately confirmed.

Brookhurst Road was closed in both directions between the 91 Freeway and Roberta Avenue for several hours while hazmat crews cleared the scene.